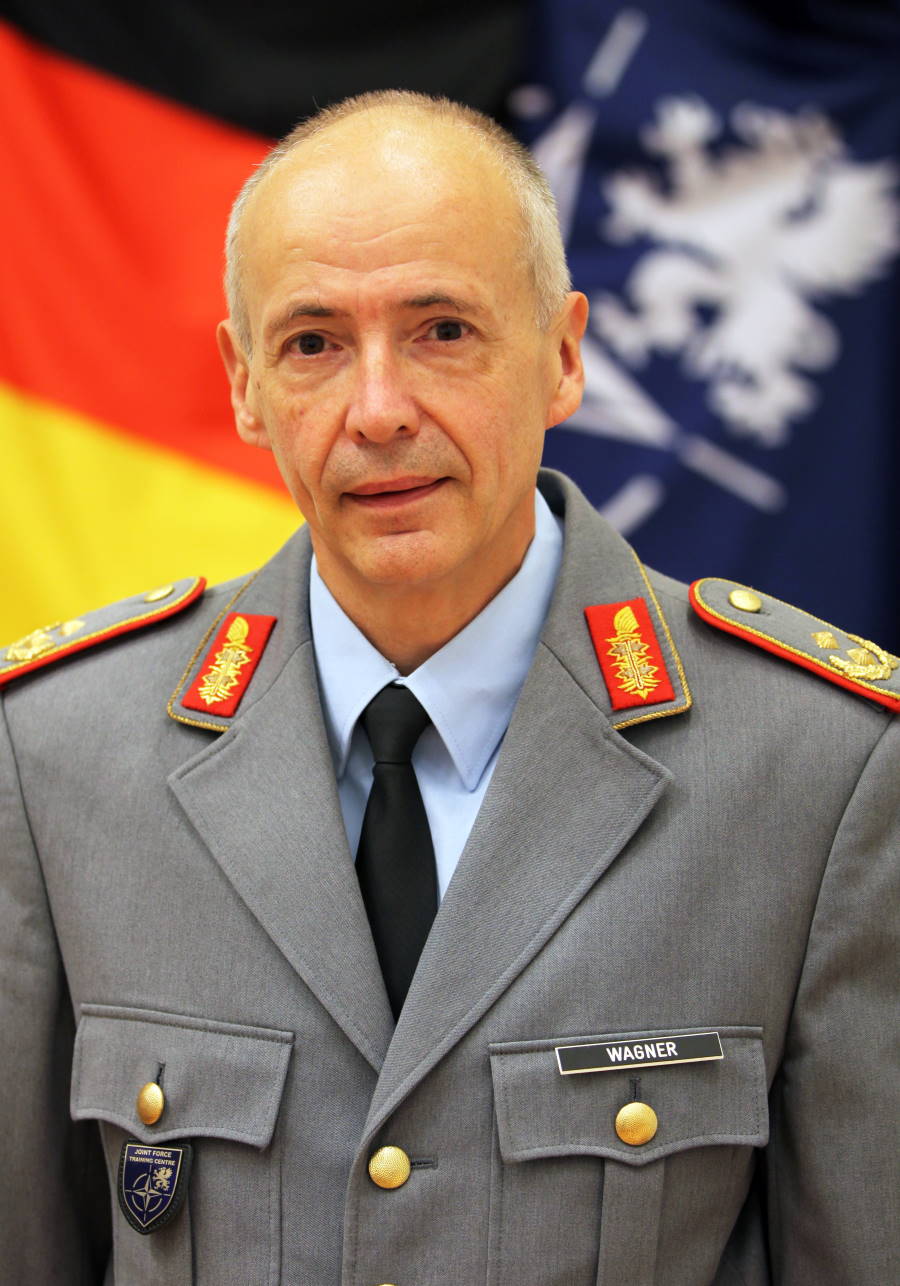 Born on 3 February 1962, Major General Wagner joined the Bundeswehr as an officer candidate in 1981. Between 1986 and 1992 he served in the 2nd Company of the 114th Tank Battalion in Neunburg vorm Wald, initially as a platoon leader, and finally as the company commander. In 1992, he was appointed the commander of the 4th Company of the 104th Tank Battalion, and in 1993 joined
the 4th Panzer Grenadier Division in Regensburg, where he served as a public affairs officer (PAO).

Between 2001 and 2004 Major General Wagner served in the German Ministry of Defence in Bonn – first as a desk officer and finally as a deputy branch chief responsible for concept development. In 2004 he was appointed the Commander of the Tank Battalion 104 in Pfreimd. During this tenure, from June to December 2004, Major General Wagner also led the Multinational Operational Readiness Force Battalion in the NATO Mission in Kosovo (KFOR). Two years later, in 2006, he deployed to Hannover to assume the position of the Assistant Chief of Staff and Deputy Chief of Staff at the 1st Armoured Division. In 2009 Major General Wagner returned to the German Ministry of Defence and took the lead over the Army Concepts and Capability Development Branch.

2012 marked another milestone in Major General Wagner’s military career, as he became the Commander of the 9th Armoured Brigade in Munster. In this position he was promoted to Brigadier General. Between June 2013 and April 2014 Major General Wagner deployed to Kosovo where he led the KFOR NATO Liaison and Advisory Team.

In 2014 Major General Wagner took the command of the Training Centre in Munster. Three years later he was appointed the Commander of the German Army Training Command in Leipzig and received his second general’s star.

Major General Norbert Wagner is married and has four children.