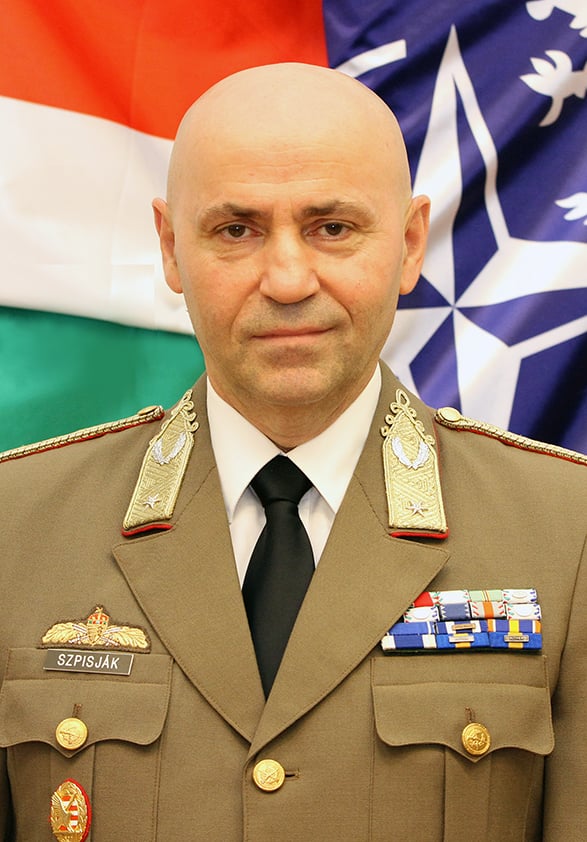 Brigadier General Jozsef Szpisjak was born on 13 September 1964. He assumed the position of the Deputy Commander and Chief of Staff of the Joint Force Training Centre in Bydgoszcz, Poland, on 1 August 2019.

General Szpisjak is married to Rita and has two sons, Daniel and Aron. He is a happy grandfather to Milan and Emma.