In September, over 50 commanders and senior staff officers took part in NATO's operational planning exercises STEADFAST PYRAMID and STEADFAST PINNACLE 2022, also known as STPYPI22. Participants from 20 NATO countries, as well as Finland and Sweden, expanded their knowledge and skills in the operational art of decision making.

The exercises were conducted at the Joint Headquarters of the Latvian National Armed Forces in Riga, where the Host Nation provided a superb venue with exceptional support, allowing for smooth execution of both events. NATO has conducted the STPYPI exercise series for the last 27 years and the Joint Force Training Centre (JFTC) has been responsible for its preparation and execution since 2018.

The exercises prepare senior commanders and senior staff officers to plan, prepare and conduct joint operations through application of informed decision-making, operational art, and the operations planning process. The participants have an opportunity to better understand the context and connections within the comprehensive approach in a collective defence situation. They can also interact with various non-NATO organisations during planning activities. Exercise STEADFAST PYRAMID, was designed for senior staff officers who will support commanders during NATO operational planning and joint operations. Exercise STEADFAST PINNACLE, on the other hand, is meant for commanders selected to assume command within the NATO Command Structure as well as NATO Force Structure.

Exercise planners and experts from the Joint Force Training Centre, along with tremendous support from Supreme Headquarters Allied Powers Europe, as well as the Host Nation Latvia, worked for over a year to prepare exercises of the highest quality. Under the watchful eye of DSACEUR (Deputy Supreme Allied Commander Europe), General Tim Radford, and experienced Senior Mentors, they developed a challenging scenario, engaging curriculum, and valuable content. In addition, several subject matter experts from various NATO and Allied headquarters supported the core team during both exercises to enhance their execution.

“Exercises STEADFAST PYRAMID and STEADFAST PINNACLE 2022 are vital to maintain Alliance cohesion and to train NATO’s senior leadership. I would like to thank all those involved, including Latvia, for hosting both exercises and the Joint Force Training Centre for its preparation and facilitation” – said General Tim Radford.

Photos: Courtesy of Ministry of Defence of the Republic of Latvia 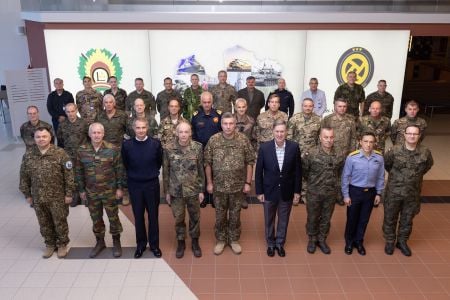 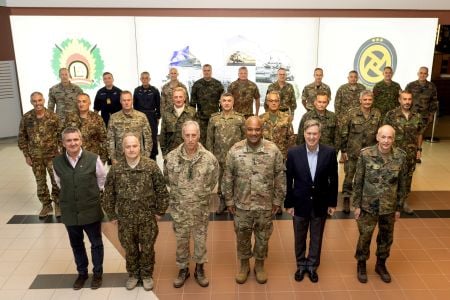 New Deputy Commander and Chief of Staff at JFTC