Hundreds of participants from over 20 nations, both NATO Member States and Partners, took part in NATO–Georgia 2022 Exercise (NATO GEO 22 EX). The event was held at the NATO-Georgia Joint Training and Evaluation Centre (JTEC) in Krtsanisi, near Tbilisi, from 14 to 25 March. The Joint Force Training Centre (JFTC) played a key role in the exercise, and its Commander, Major General Norbert Wagner, visited JTEC to observe the execution and to meet with the participants.

NATO GEO 22 EX was the third NATO-Georgia joint multinational brigade-level exercise. Scheduled by NATO Supreme Headquarters Allied Powers Europe (SHAPE), it was conducted by the Georgian General Staff with the support of NATO Land Command. For the second time, JTEC, supported by JFTC, was the Officer Directing Exercise. All main positions in the Exercise Control structure (EXCON), were assisted by designated mentors from JFTC - to enhance interoperability as well as to share experience, skills and know-how.

The Distinguished Visitors Day, held on 24 March, attracted the highest Georgian leadership, both military and civilian. Salome Zourabichvili, the President of Georgia, and Irakli Garibashvili, the Prime Minister of Georgia, visited the exercise site to observe the event. “Every step of NATO-Georgia 2022 exercise from planning to evaluation, which is executed by Georgian soldiers, is conducted according to NATO standards. (…) I would like to say it proudly that today our military is strong and interoperable with NATO more than ever.” – said Irakli Garibashvili, the Prime Minister of Georgia.

Jens Stoltenberg, NATO Secretary General, addressed the Distinguished Visitors in a video recorded message: “For the past two weeks, the Georgian armed forces and the armed forces of Allied and partner countries have trained side by side. You worked together to advance interoperability. Enhance mutual awareness. And build trust. This exercise, which we conducted for the third time, shows NATO’s commitment to strengthen Georgia's defence capabilities. By training and educating its armed forces, it is demonstrating NATO’s close cooperation with Georgia.”

The NATO-Georgia 2022 was a scenario-based, computer assisted/command post exercise. It was designed to train a Georgian-led multinational brigade headquarters staff to plan, coordinate and execute military responses to humanitarian crises. It also tested the interoperability of Georgian, Allied and Partner Forces, as well as Georgian command and control capabilities.

The exercise was also a good opportunity to thank two members of NATO advisory team to JTEC who finished their tour of duty in Georgia. Major General Norbert Wagner, JFTC Commander, awarded the soldiers for their excellent performance during a short ceremony, held on 24 March.

Over the years, cooperation between JFTC and NATO-Georgia JTEC has evolved and developed significantly – from mentorship to partnership. The Partnership Agreement between the two centres was signed on 11 December 2020. Moreover, a group of NATO advisors, who supported JTEC from its very beginnings, came under the operational control of JFTC at the end of November 2020. 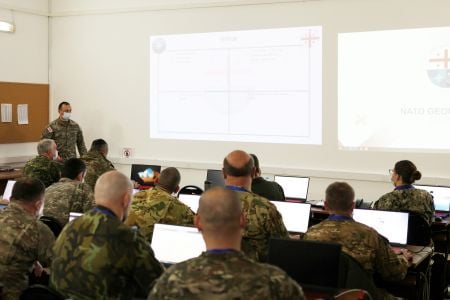 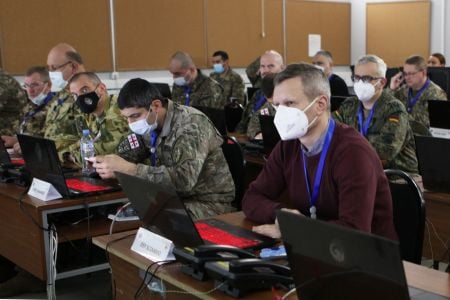 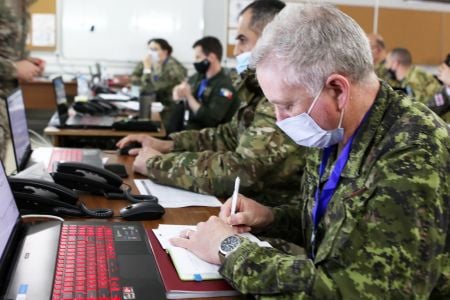 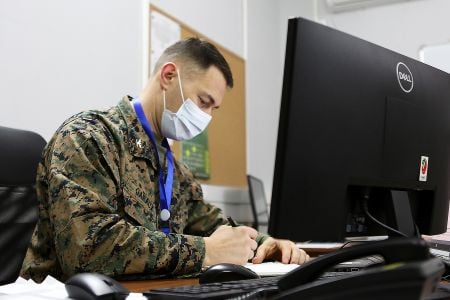 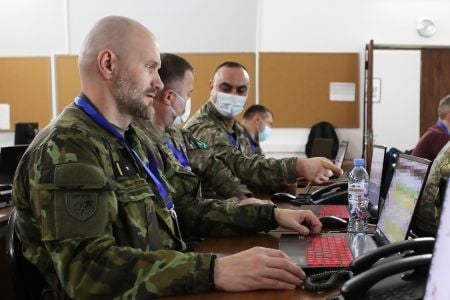 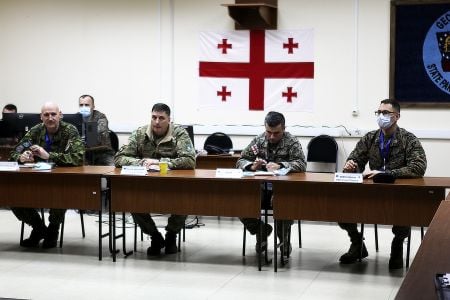 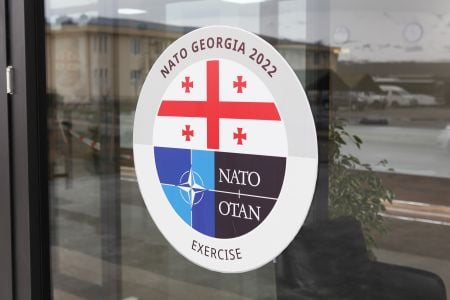 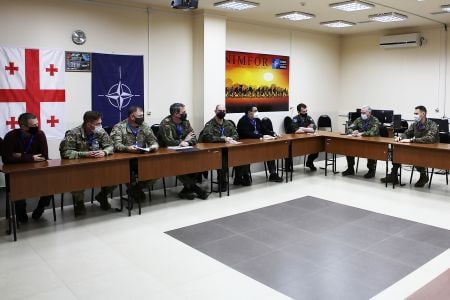 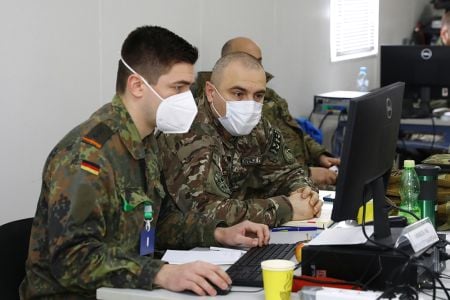 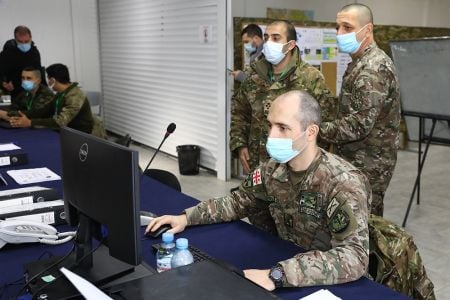 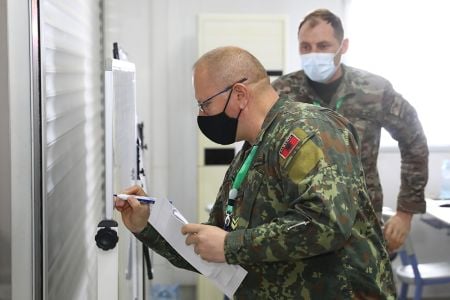 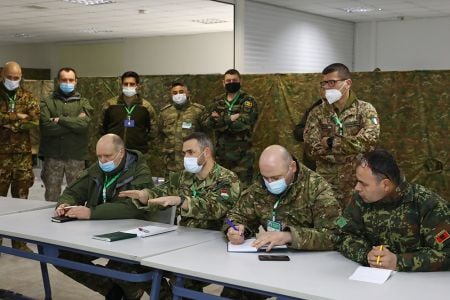 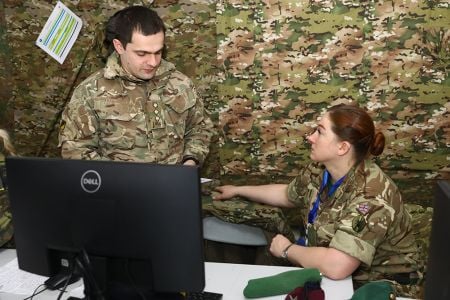 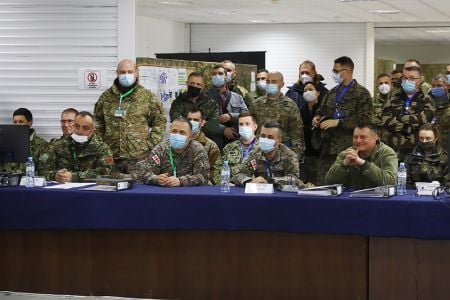 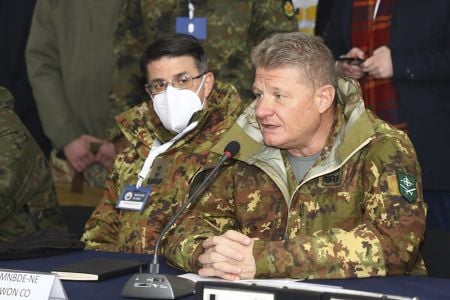 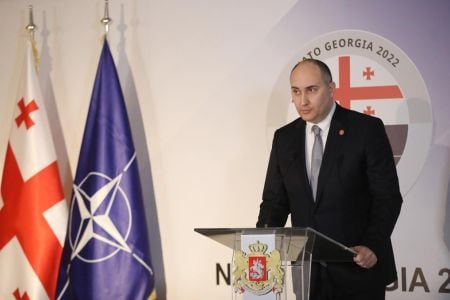 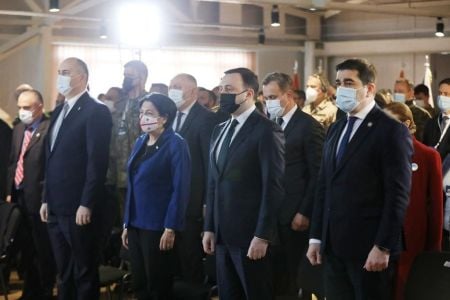 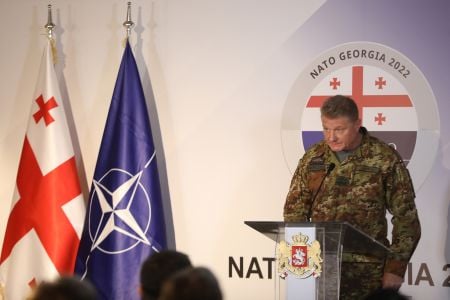 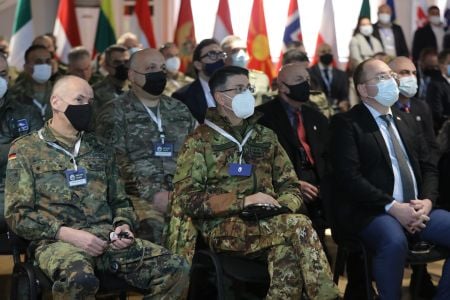 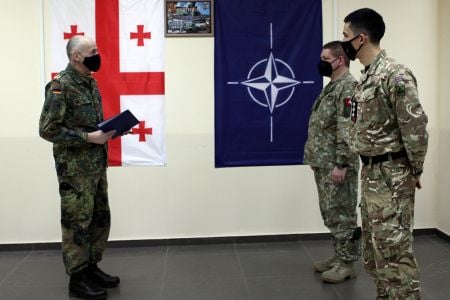 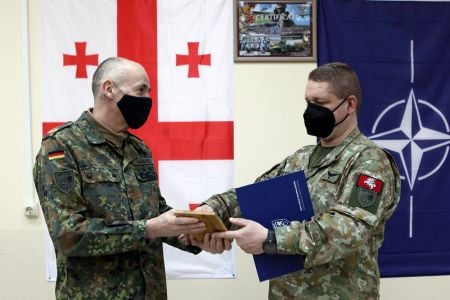 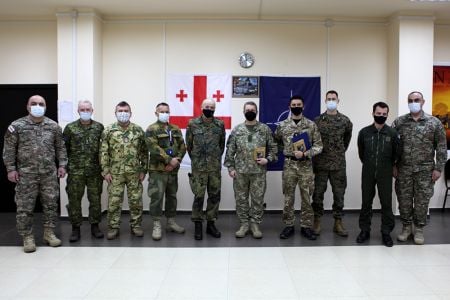 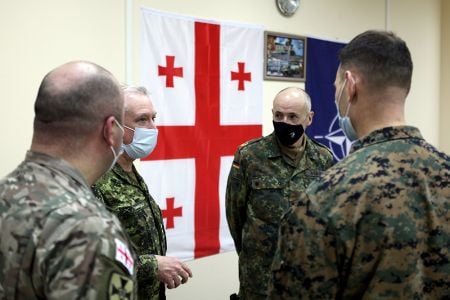 Another Rotation of Troops Heading for Iraq