For the first time, due to the COVID-19 pandemic, the Exercise Control (EXCON), the “body” responsible for controlling the exercise, was located in several countries – Germany, the Netherlands, Poland, Romania and the United Kingdom. The Joint Force Training Centre (JFTC) in Bydgoszcz, Poland, was a hub for all the distributed sites and thus connected all exercising forces. Led by Major General Adam Joks, JFTC Commander and the Officer Directing Exercise, the Centre played a critical role in conducting the event. Its main tasks included directing the exercise and monitoring its progress.

Military personnel from various headquarters and NATO institutions were engaged in the event to create a simulated operational environment for the training and, ultimately, Combat Readiness Evaluation (CREVAL) of Allied Rapid Reaction Corps (ARRC). CREVAL ensures that the corps warfighting headquarters adheres to NATO standards and that it can work smoothly along NATO nations. The exercise verified ARRC’s capability to command international forces in all domains – Land, Air, Sea, Cyber and Space, whilst ensuring the interoperability and compatibility of Command and Control (C2) systems.

JFTC team, augmented by soldiers from the Polish Armed Forces, fully monitored the exercise. They also challenged the participants with injects - unexpected events, incidents, twists in action that exposed the trainees to highly realistic battle tasks as the situation planned in the scenario developed.

“I am convinced that through this, we have improved the training audience’s capabilities to cope with challenging future. The same applies to every EXCON member. We have also managed to improve NATO’s readiness and ultimately make NATO better. This is what we are here for” - said General Joks in his closing remarks.

Loyal Leda 20 was the final part of a series consisting of three exercises, code-named Trident Jupiter-Loyal Leda. This was the biggest and most complex series of command post exercises in NATO’s latest history. The first phase of the series focused on command at the operational level. Loyal Leda 2020 was devoted to the tactical level, i.e. commanding troops during battle operations. Its scenario was a continuation of Trident Jupiter 19, executed last year, and included joint high intensity defence operation conducted in all domains. It also took into account the latest interoperability and allied compatibility solutions.

The exercise showed engagement of the Alliance in the collective defence in a complex environment - pursuant to Article 5 of the North Atlantic Treaty during which joint forces of the Alliance defend territories of its members. Bearing in mind the current and anticipated geopolitical situation, Alliance members must be ready in advance for collective defence of its territory and various scenarios must be considered.

Adapting Exercise Loyal Leda 2020 to the current pandemic situation was another challenge. Solutions tested and implemented by JFTC during many events that were partly or fully moved to the web this year due to COVID-19, helped planners to prepare a fully professional and safe exercise. JFTC experts managed to connect all participating forces thanks to the Centre’s broad experience, its state-of-the-art infrastructure and IT systems.

The core of the exercise was Allied Rapid Reaction Corps (ARRC) located in Gloucester, the United Kingdom. The corps was created in 1992 and was the first NATO land forces rapid reaction headquarters established after the Cold War. During the exercise, ARRC commanded 4 divisions: American, Canadian, British and Multinational Division South-East. To create a more realistic environment, the trainees received support and assistance from numerous additional forces, headquarters and NATO units. 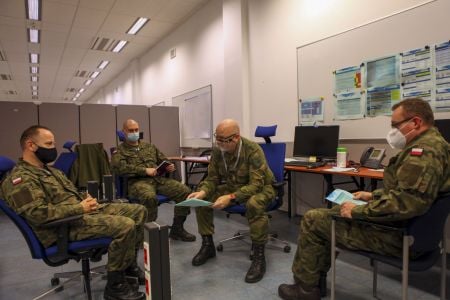 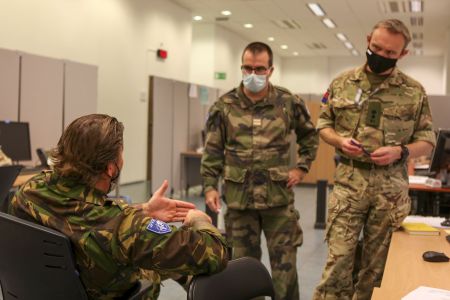 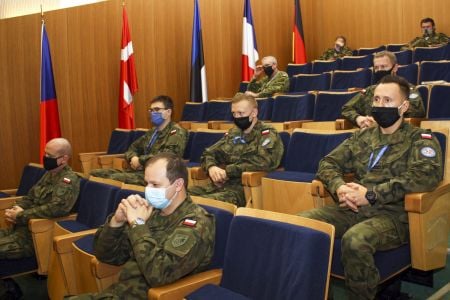 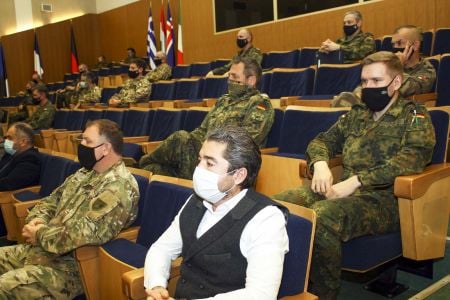 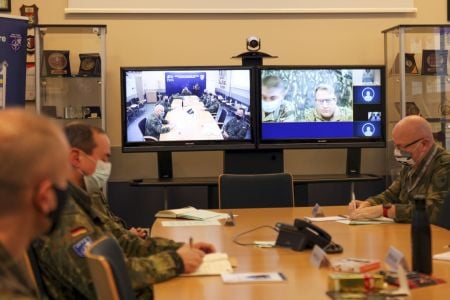 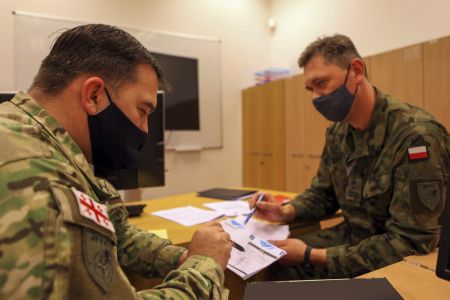 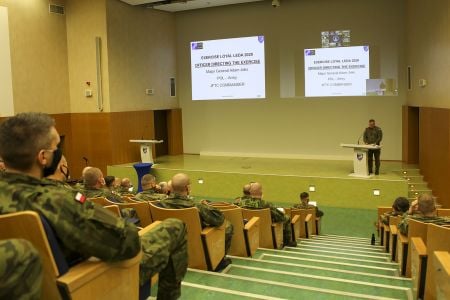 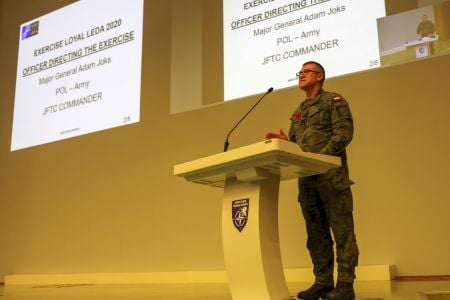 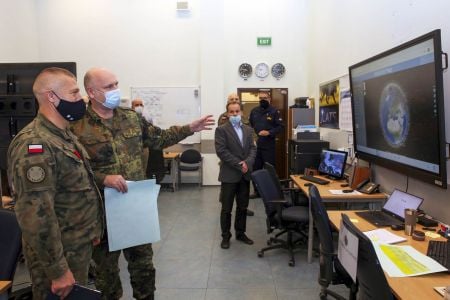 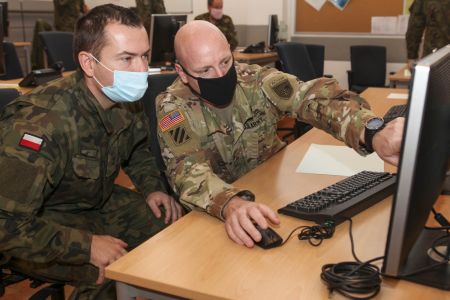 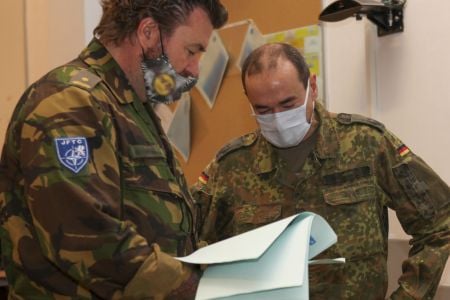 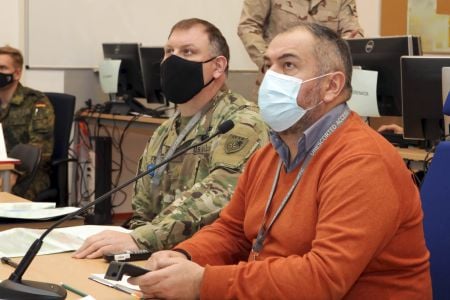 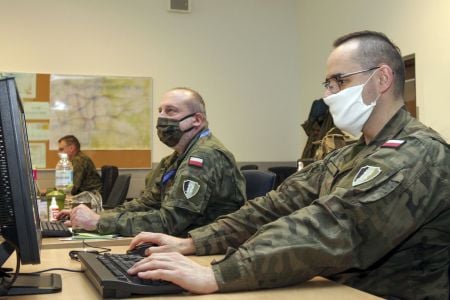 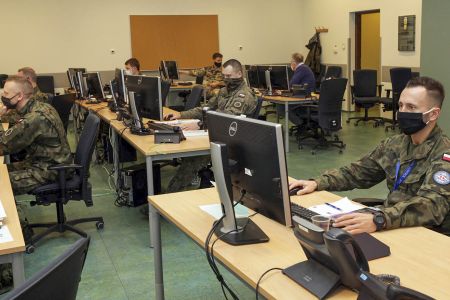 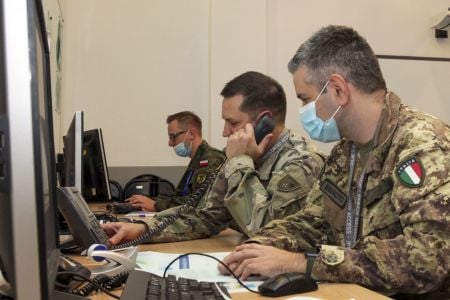 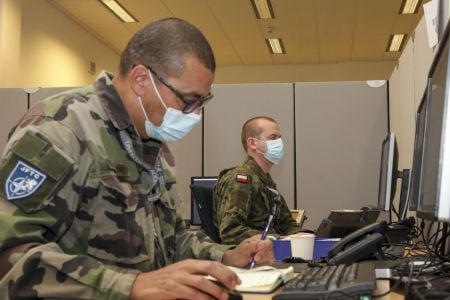 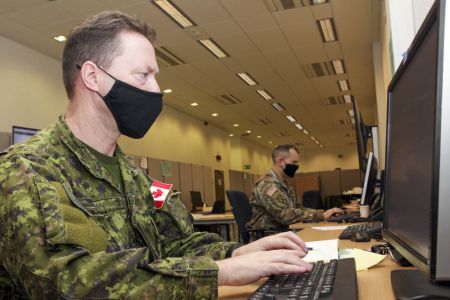 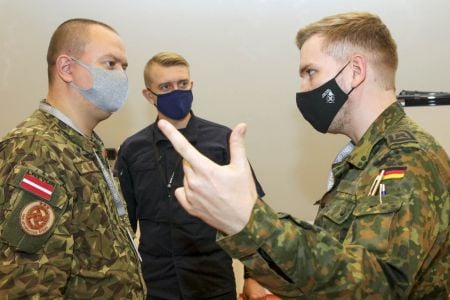 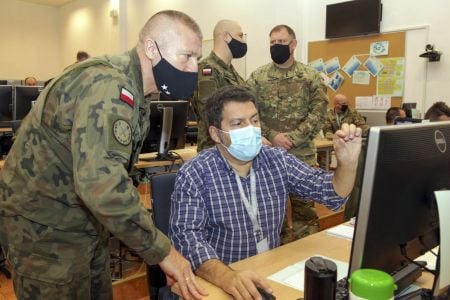 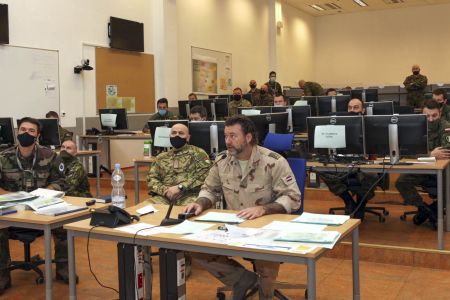 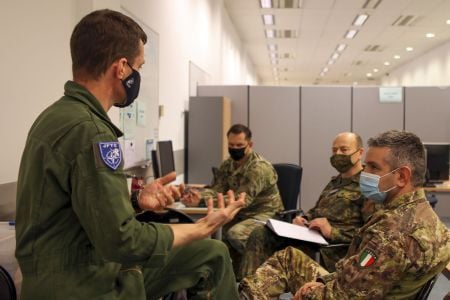 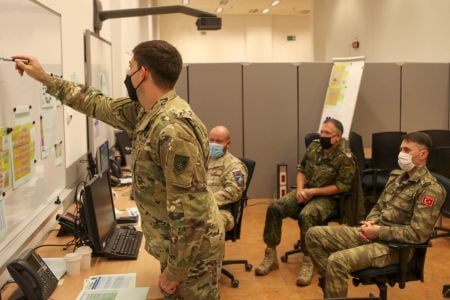 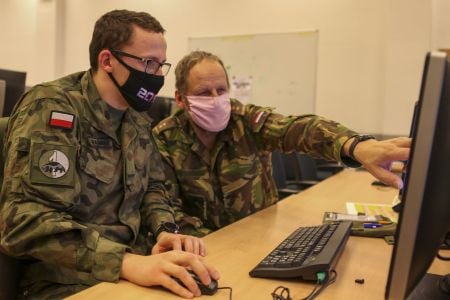 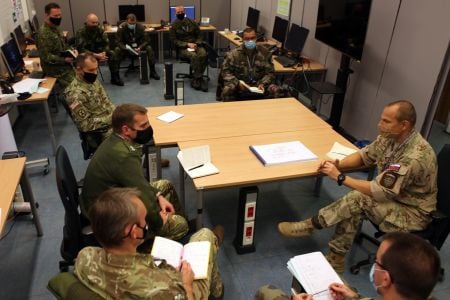