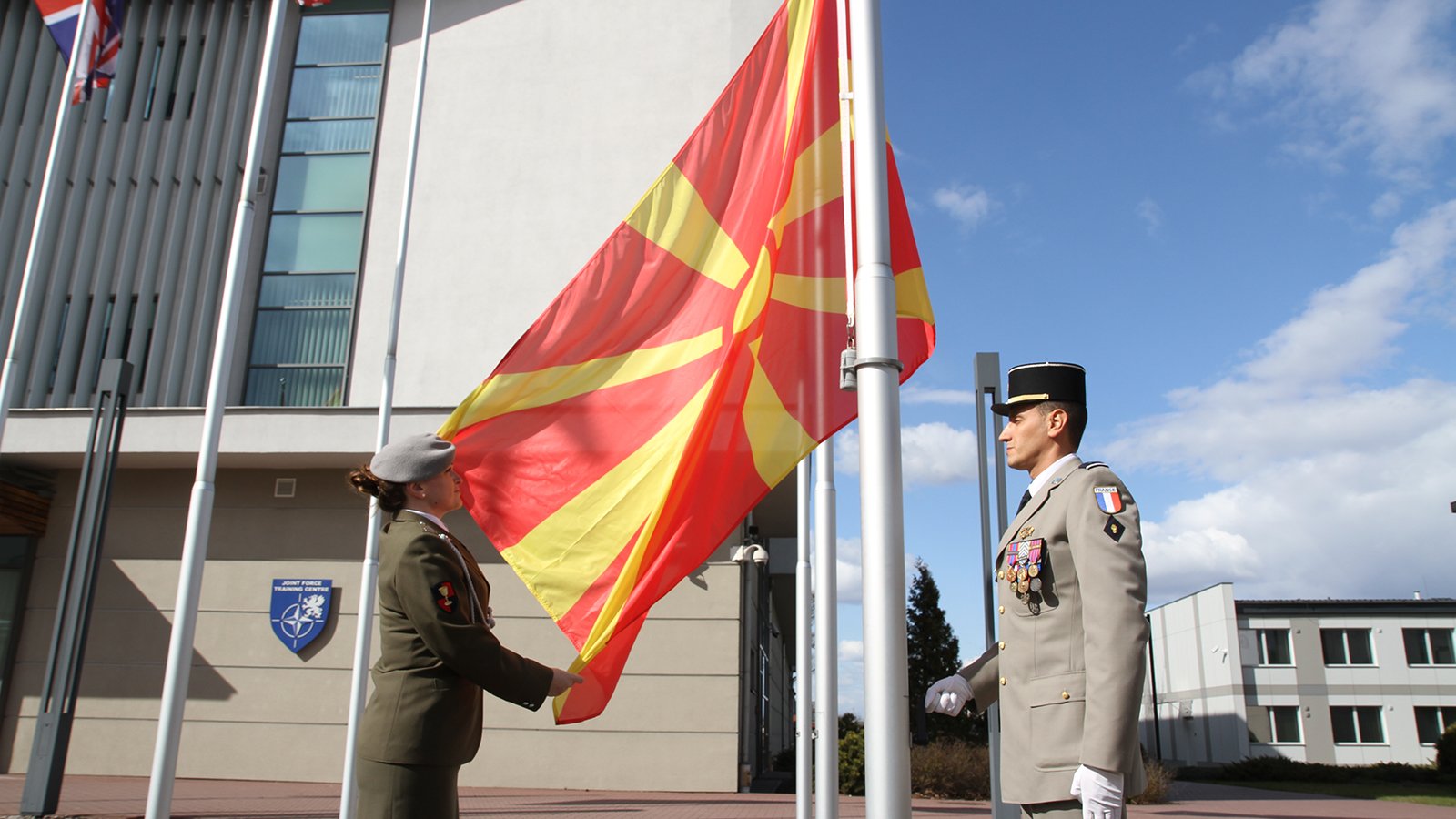 On 30 March 2020, NATO Headquarters and NATO units across the Alliance raised the flag of North Macedonia to honour its accession to NATO.

Also JFTC raised the flag at its facility and welcomed North Macedonia into the NATO family.

From now on, 30 flags will fly together at flagpoles of all NATO units as a symbol of our unity and solidarity – NATO’s values that are especially important in challenging times like we are facing now.

“This is a very special moment for the Republic of North Macedonia. (…) It becomes a part of an organisation considered the largest and most powerful alliance in the history, committed to individual liberty, democracy, human rights and the rule of law”. – emphasised Major General Adam Joks, Joint Force Training Centre Commander, during the ceremony in Bydgoszcz.

We are all safer and stronger together than alone.