Heading for Afghanistan. Another pre-deployment training at JFTC 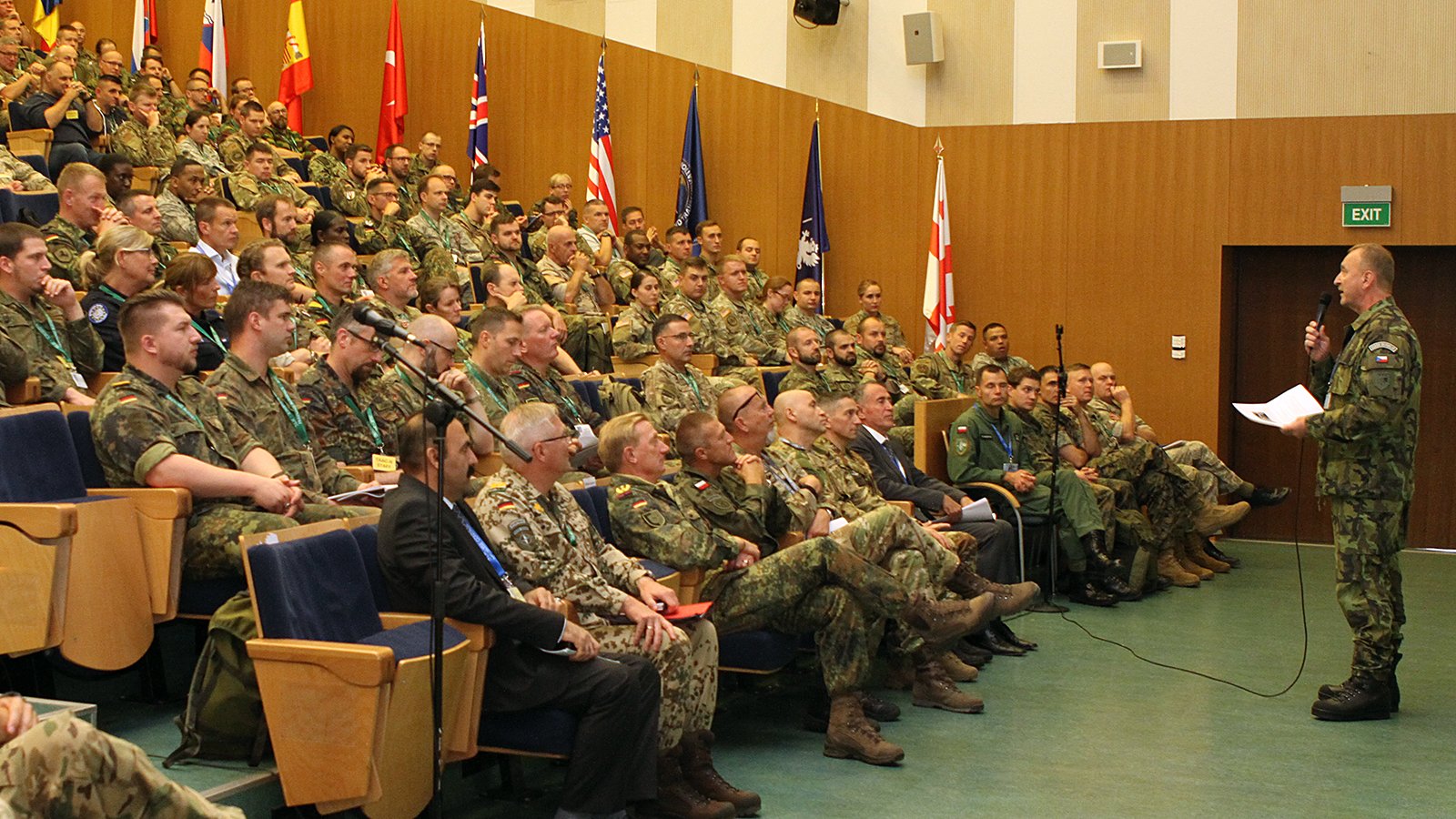 The Joint Force Training Centre (JFTC) launched the last Resolute Support training event in 2019. It gathered 500 soldiers and civilians from 35 NATO and partner nations, who arrived in Bydgoszcz to get ready for their future mission or to support the training. The JFTC flagship event was officially opened on 16 July by the new JFTC Commander, Major General Adam Joks.

“See the training as a chance to develop, to master your preparation for the deployment” – said General Joks in his opening remarks to the Training Audience. “Many of you will meet your future counterparts for the first time here in Bydgoszcz. Use this training also as a team building event. Well-established teams will make you stronger, and the whole mission more successful” – he added. 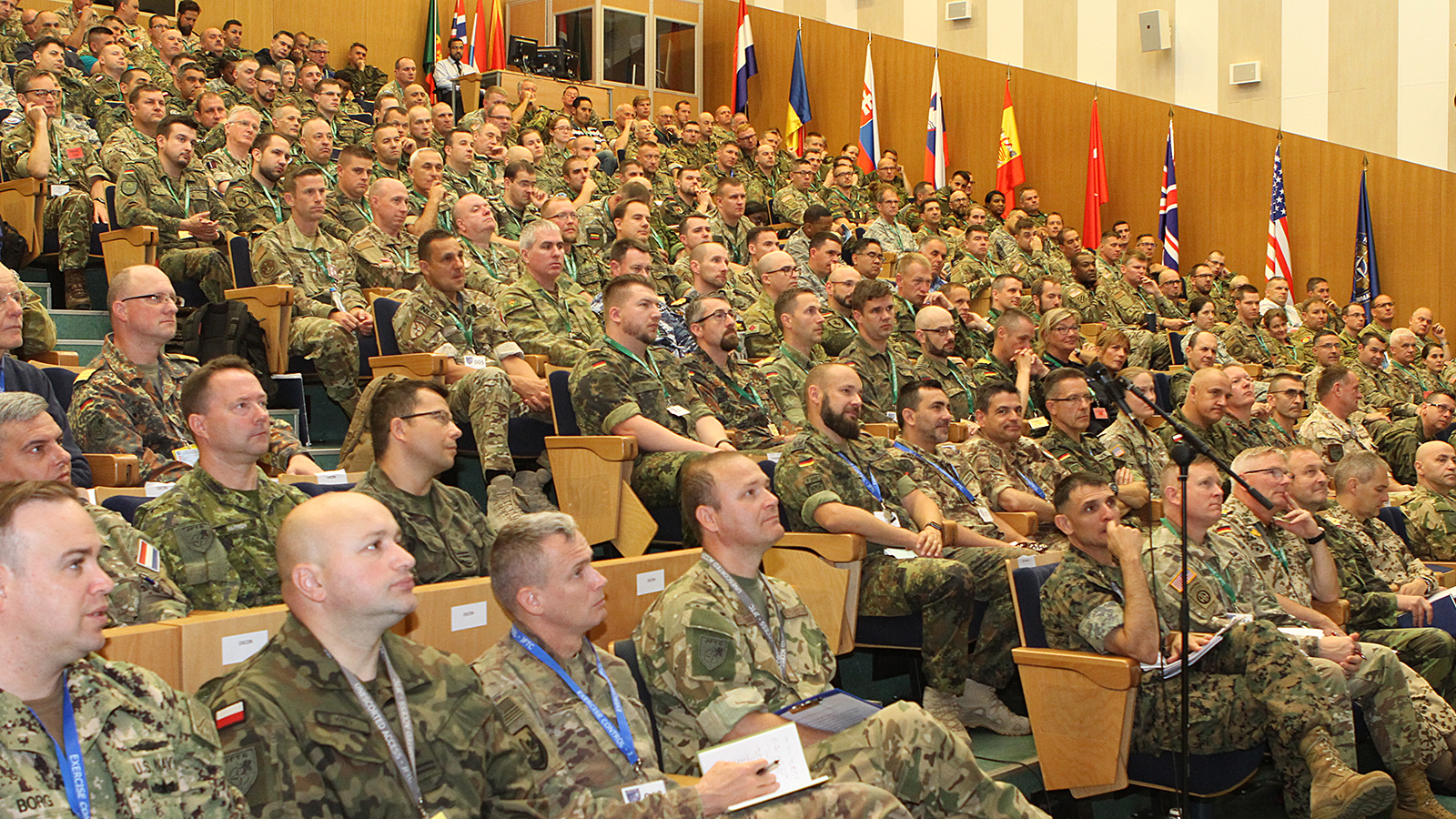 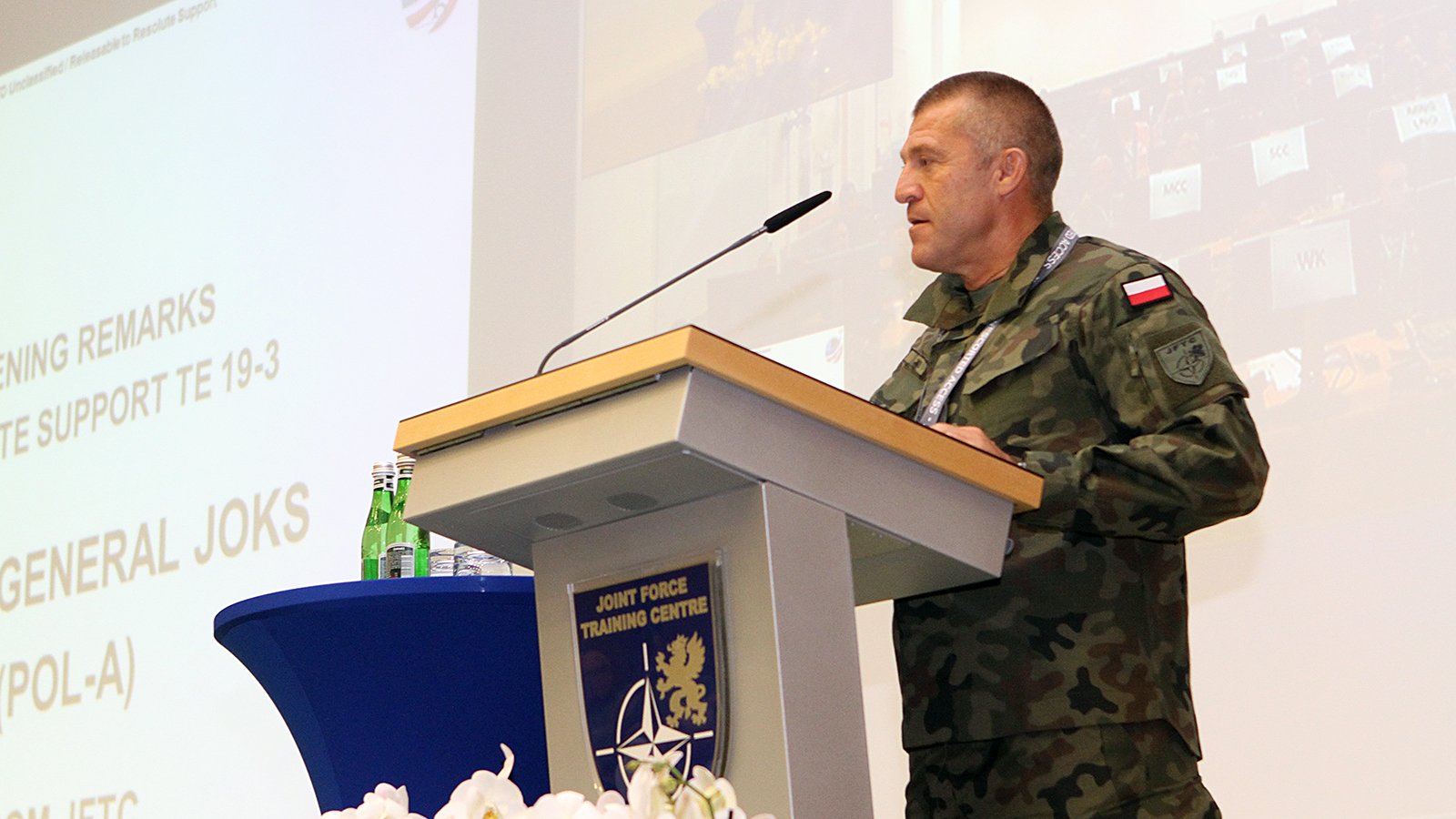 The ongoing training is the first one for General Joks after he took the lead over JFTC and, at the same time, the last one for Brigadier General Ladislav Jung, JFTC Deputy Commander and Chief of Staff. General Jung, who is also the Exercise Director for this iteration of the Resolute Support TE, underlined the importance of the pre-deployment preparation and emphasized the role of Subject Matter Experts (SMEs). “SMEs make the training successful (...) Those who come here directly from Afghanistan help us to keep the training very realistic” – highlighted General Jung and thanked all the experts for their invaluable support. 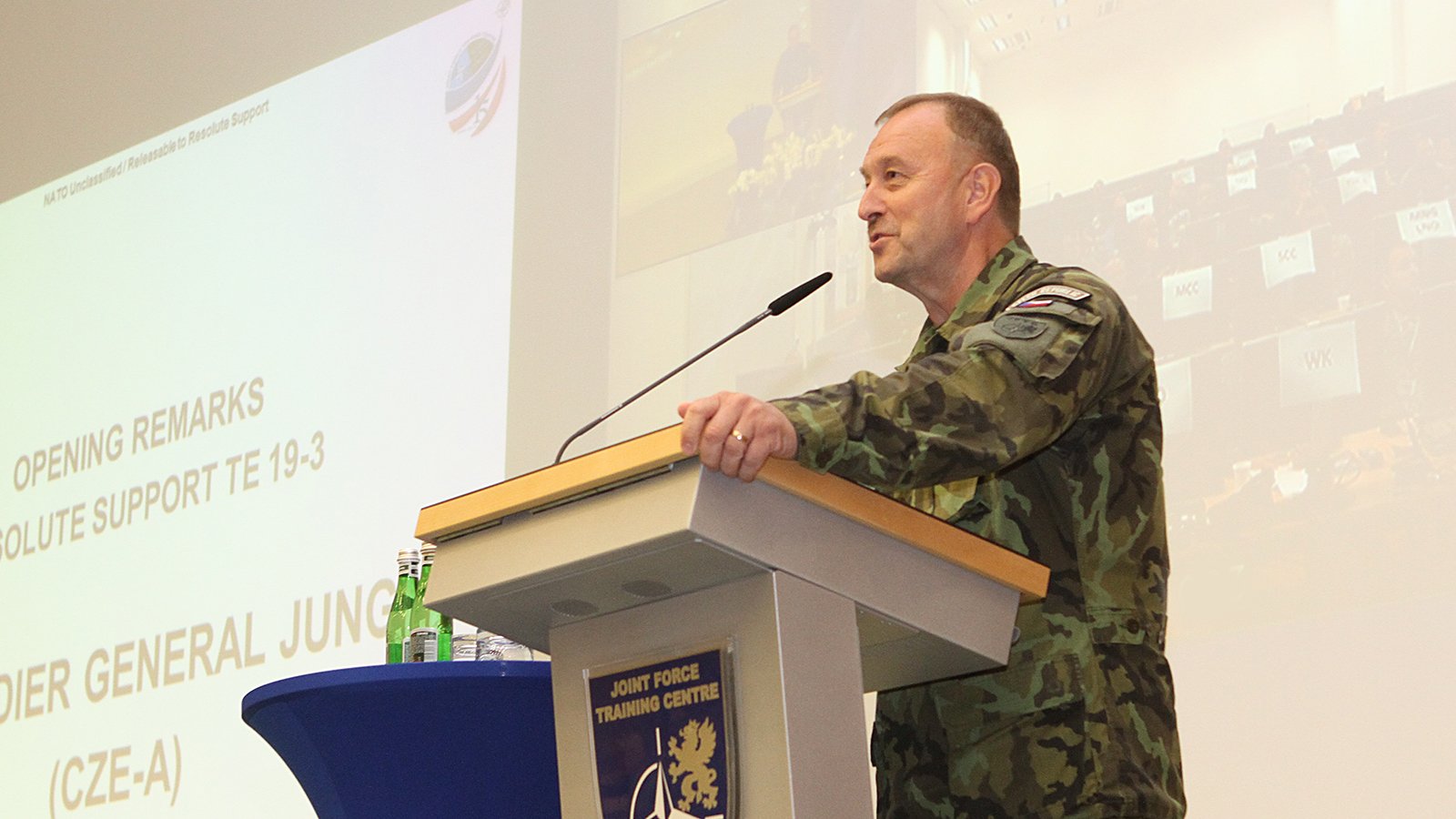 During the opening session, participants were also addressed by General Erhard Bühler, Commander of the Joint Force Command Brunssum, responsible for the Resolute Support Mission in Afghanistan. He stressed the train-advise-assist character of the mission and underlined that during their future deployment the participants would need to focus on ‘helping Afghan counterparts in developing Afghan solutions to Afghan problems’.

At the beginning of the event, the participants received a lot of information related to their anticipated mission, operational environment and Afghanistan. They met, among others, with Lieutenant General Andreas Marlow, Chief of Staff of the Resolute Support Headquarters. He arrived in Bydgoszcz directly from Afghanistan to share first-hand information about the mission – its structure, activities, top challenges, security environment, risks and threats. The General also highlighted the key role of the Allied mission in assuring that ‘Afghanistan never again becomes a safe haven for terrorists’. 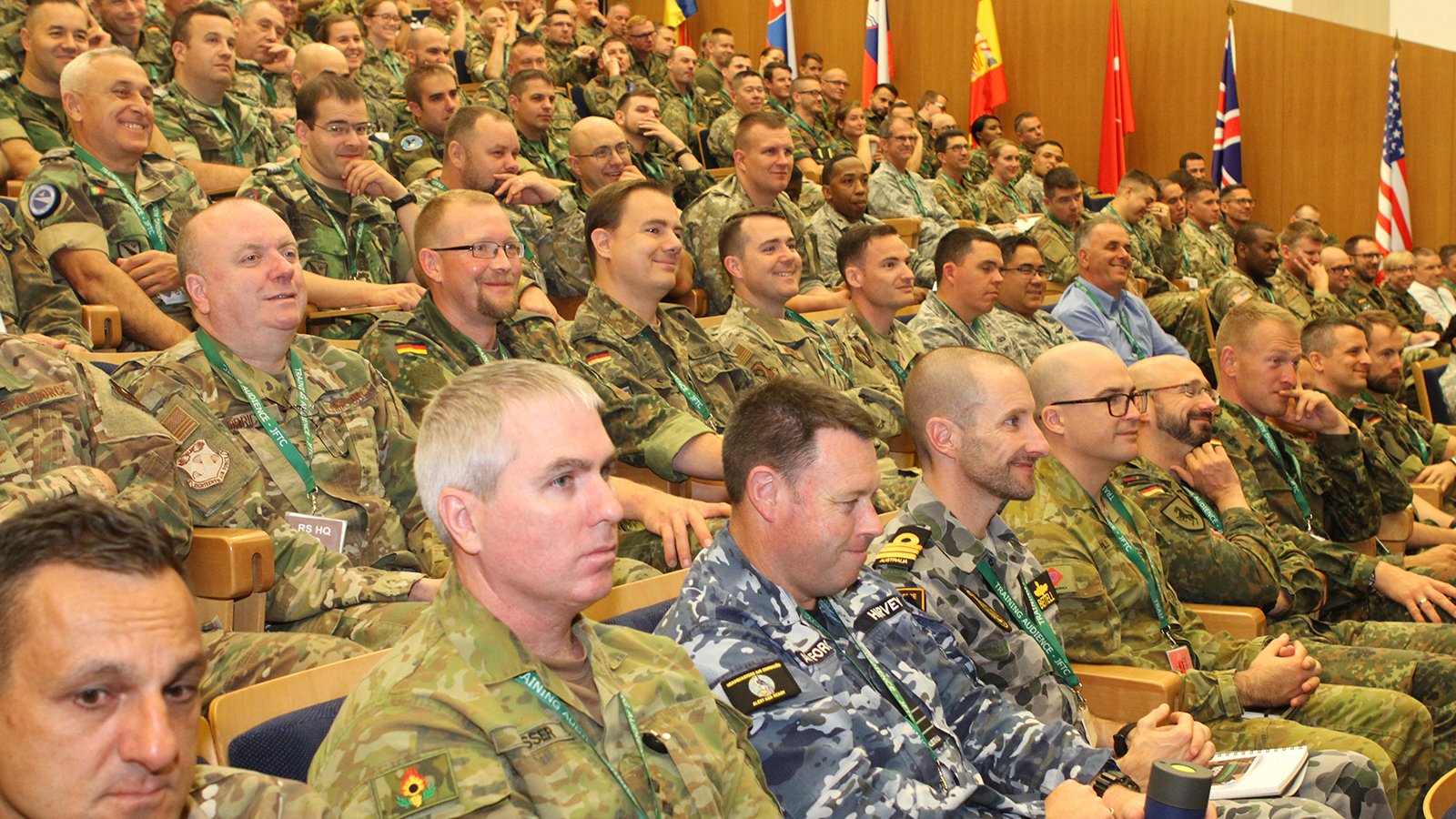 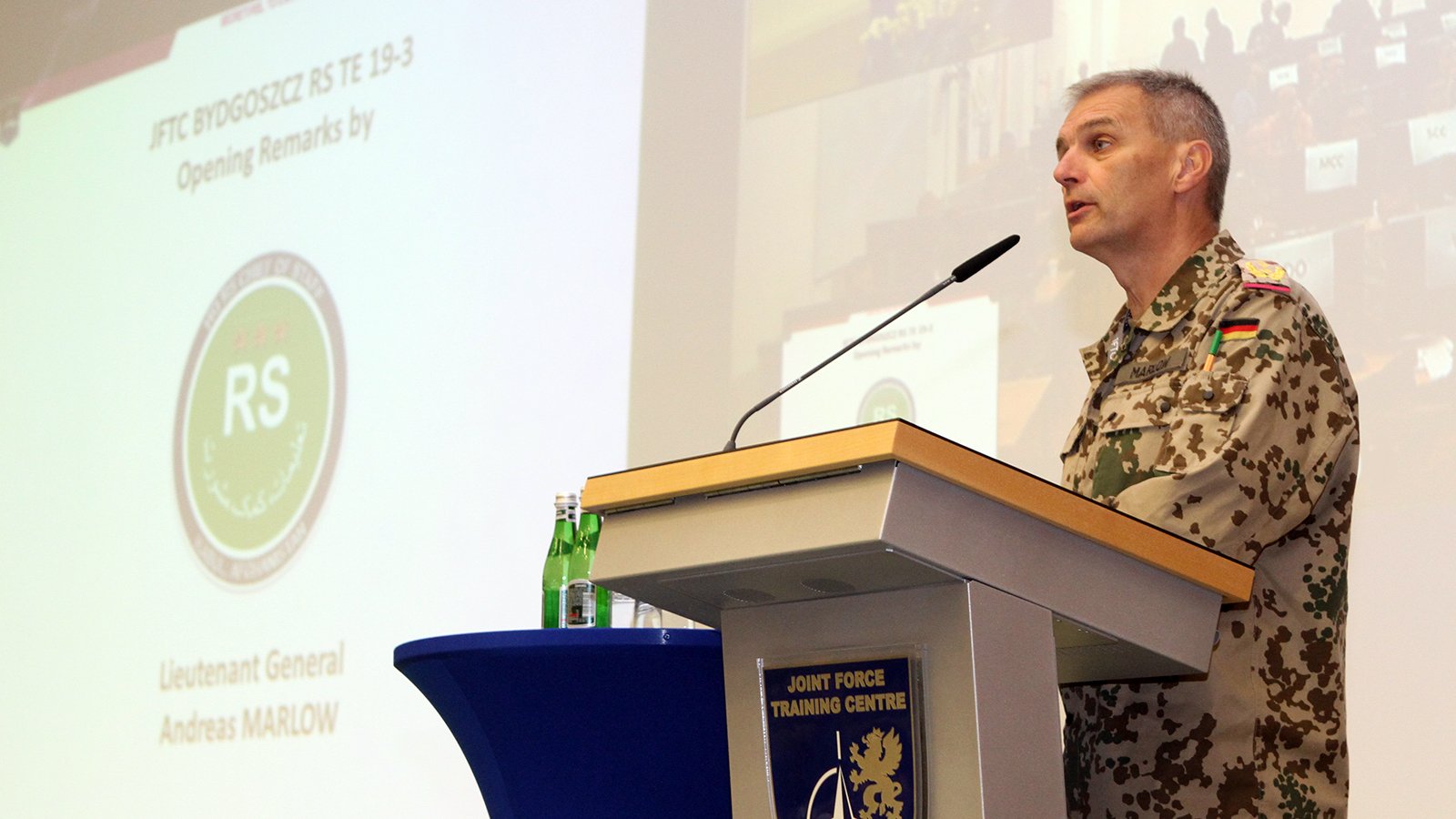 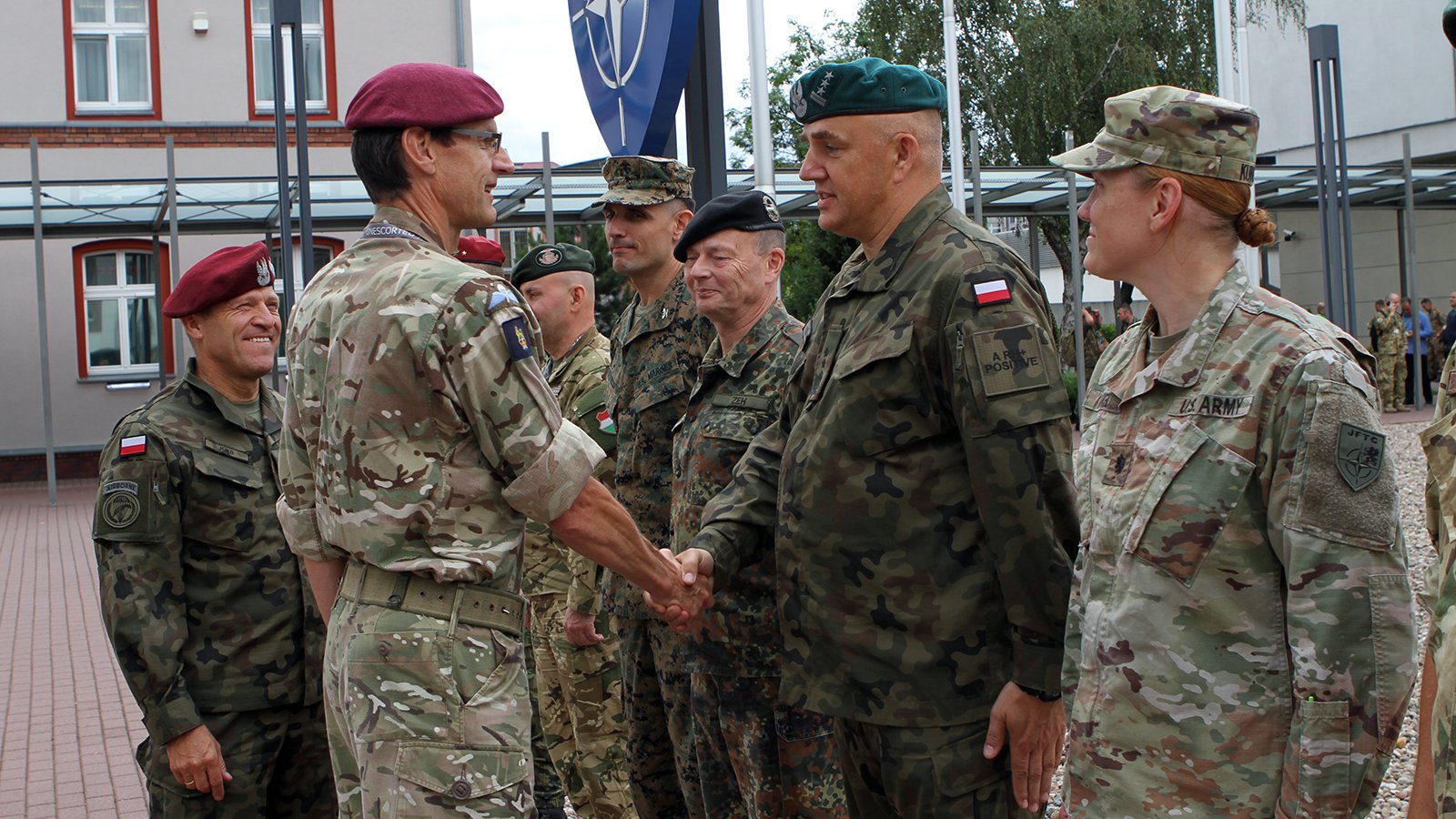 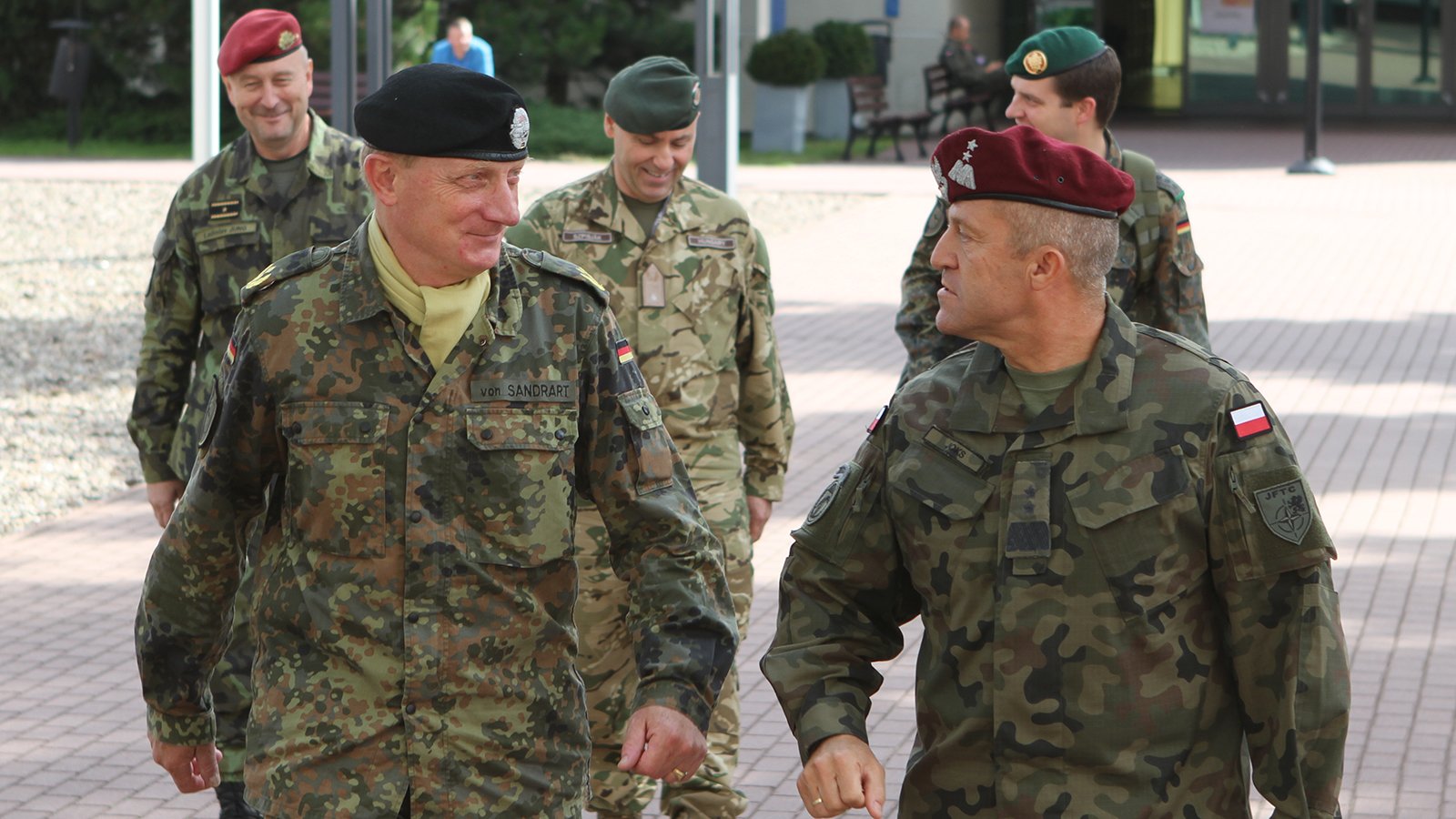 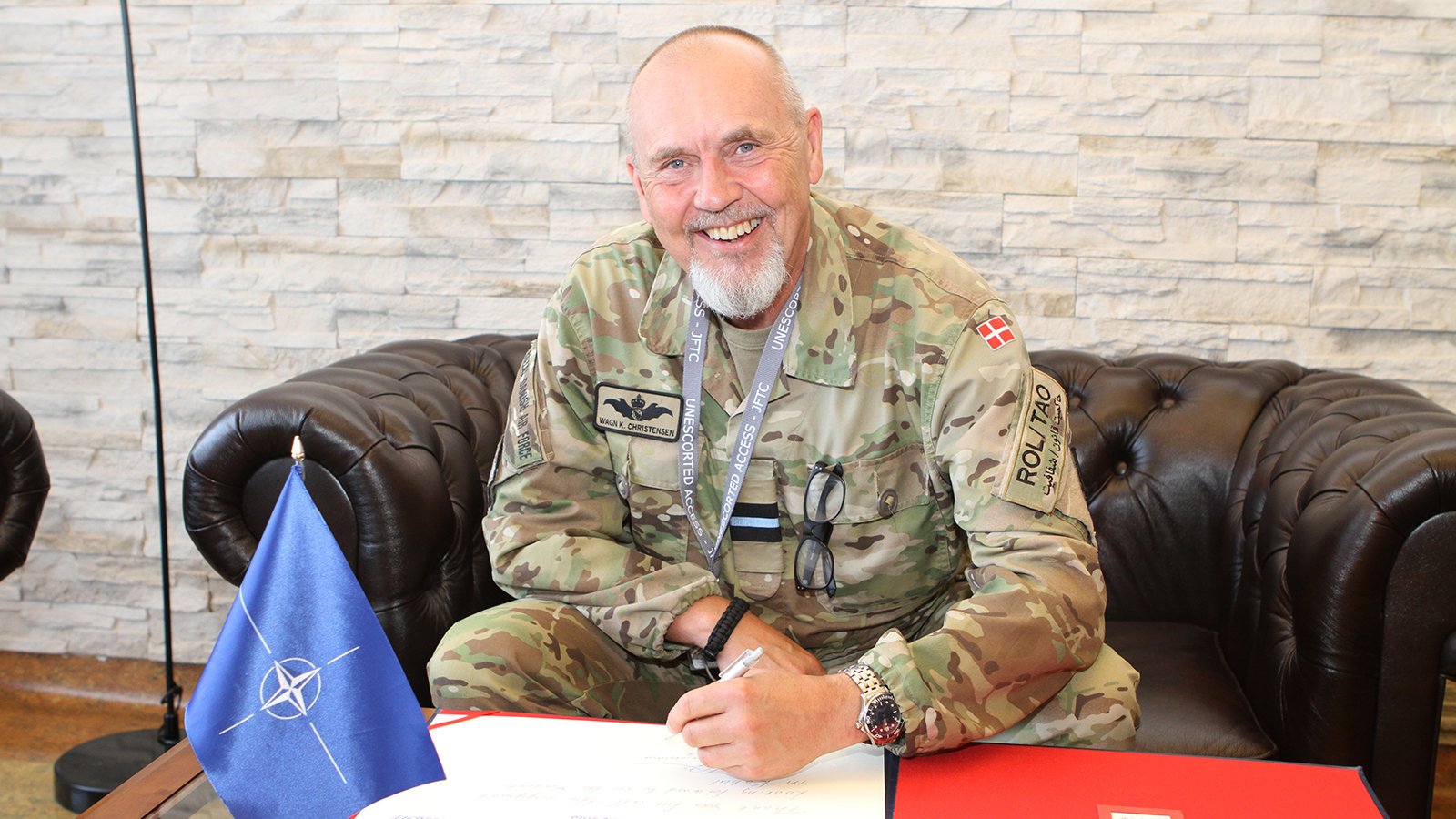 The picture of the Resolute Support Mission would not be complete for the participants without a look at the Afghan perspective. Major General Wali Mohamad Ahmad Zai, Commander of Afghan 209th Corps, and Major General Rahimullah Burhani, Chief of Staff at the Afghan Ministry of Interior, met with the training audience to provide them with an Afghan view on the mission, expectations, as well as with useful information about the situation in Afghan National Defence and Security Forces. They both underlined the progress Afghanistan had gone through during the recent years but also that still a lot needed to be done. “Afghan National Security and Defence Forces are stronger and better equipped than in the past. I would like to thank NATO and partner nations for your support. (...) Afghan people will never forget what you have done for our nation” – said General Zai. 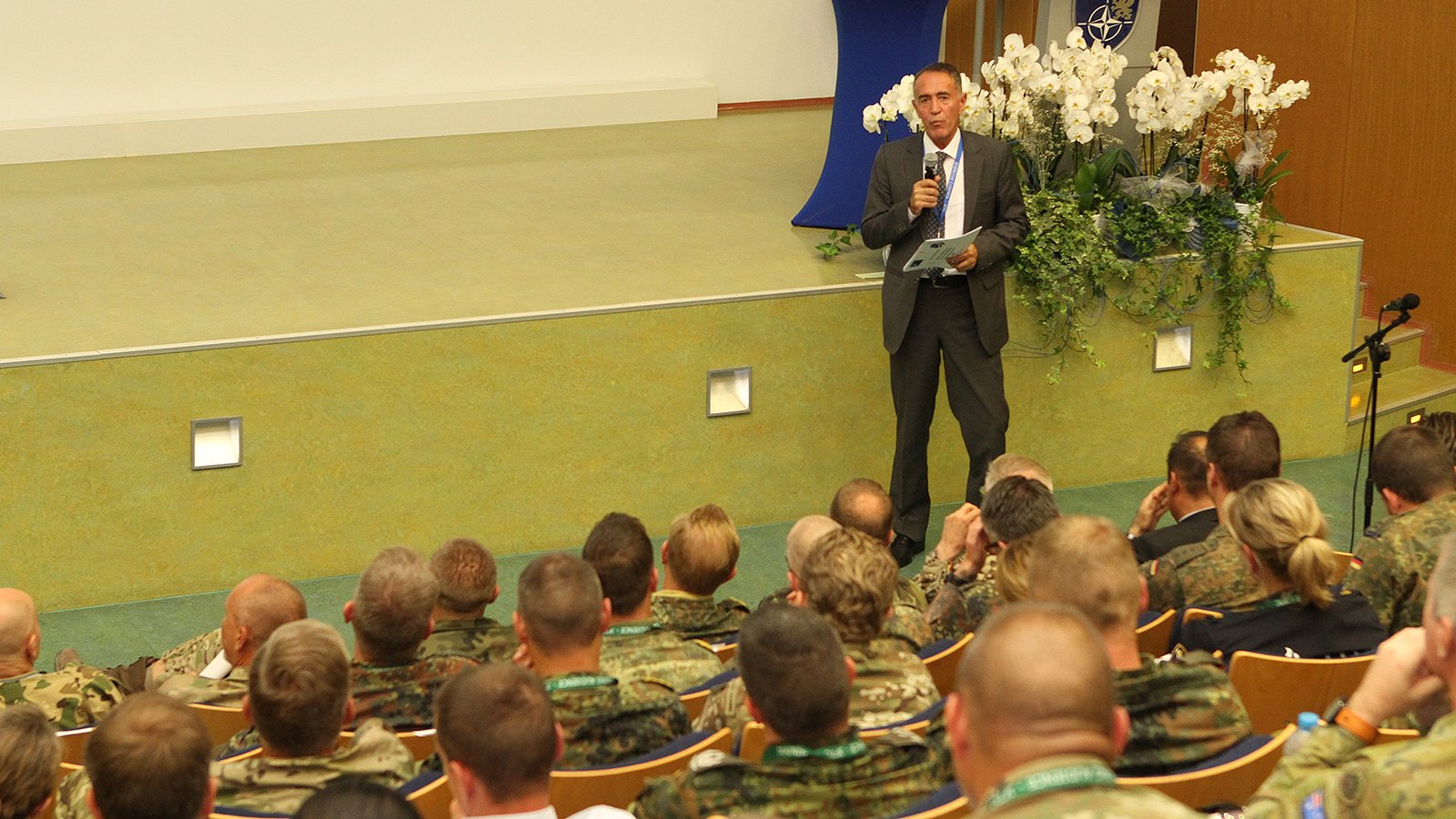 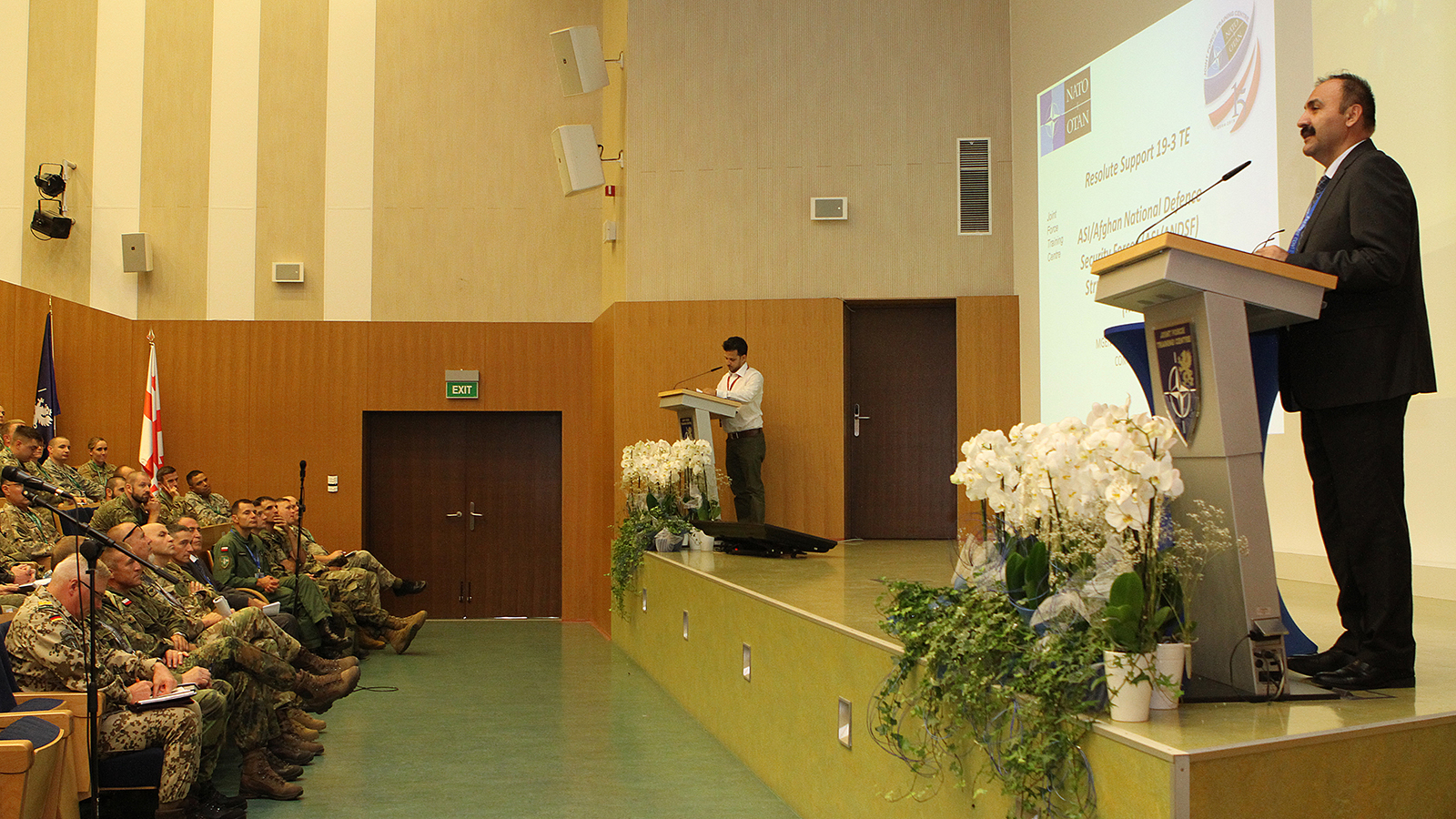 The training is now entering its second phase, in which the participants will put their knowledge and skills into practice. The event will end on 25 July.