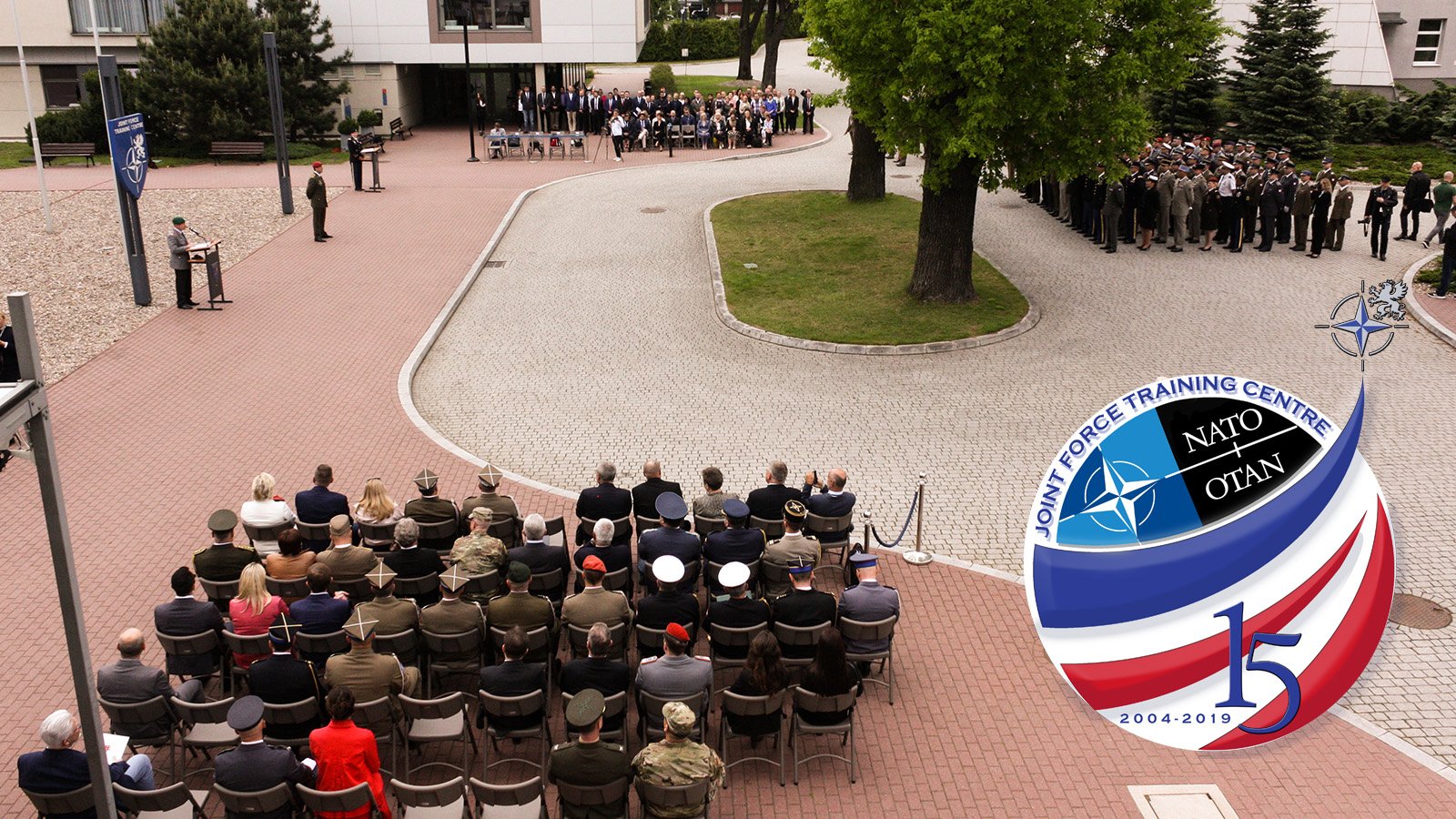 Officially activated on 31 March 2004, the Joint Force Training Centre (JFTC) celebrates its 15th anniversary this year. On 23 May, Major General Wilhelm Grün, the JFTC Commander, led the military ceremony commemorating the Centre’s inauguration. The event gathered many distinguished guests, including representatives of Host Nation’s military, regional and local leadership, former JFTC Commanders and Deputy Commanders as well as numerous partners and friends who have been supporting the Centre throughout the years. 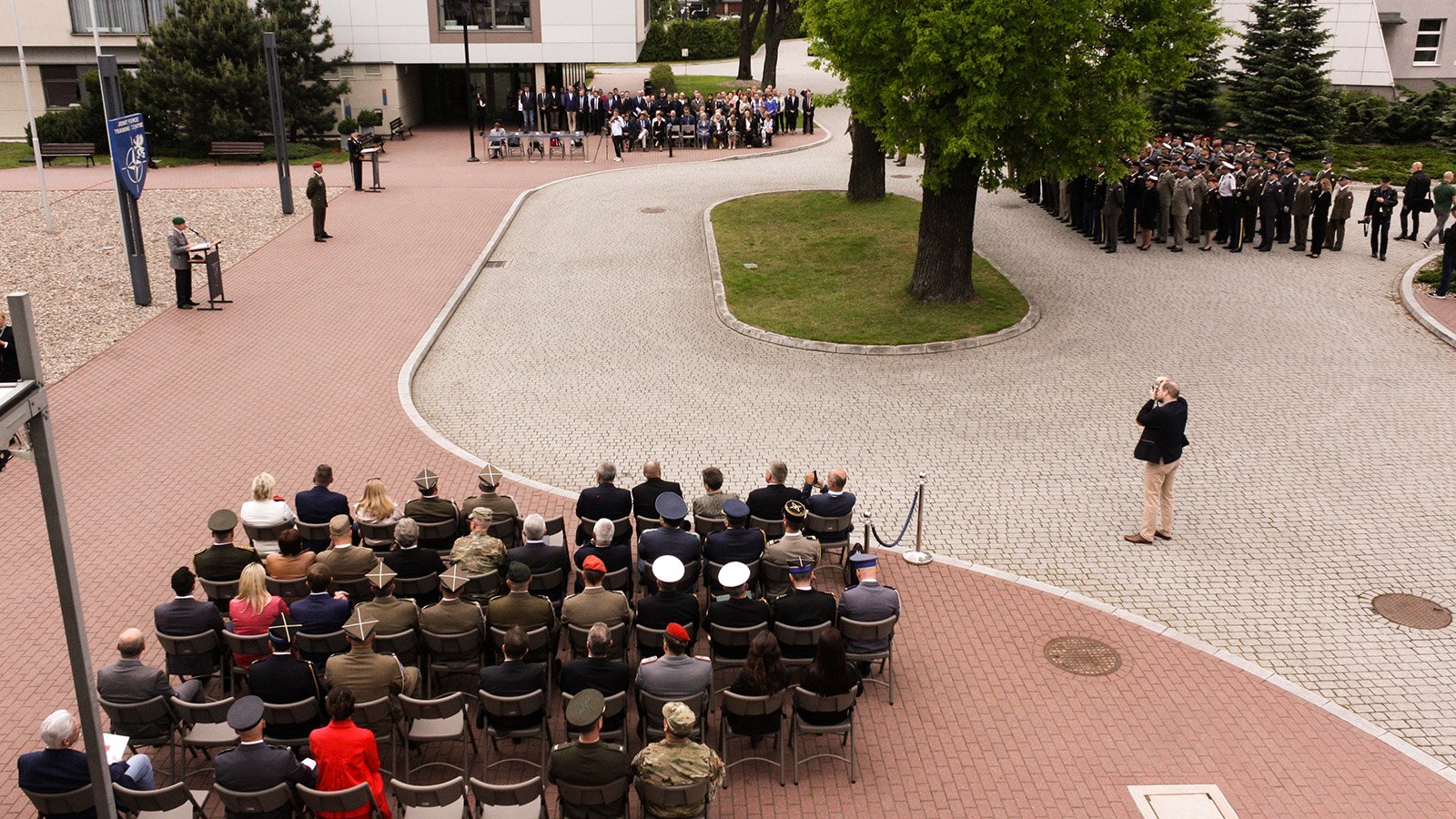 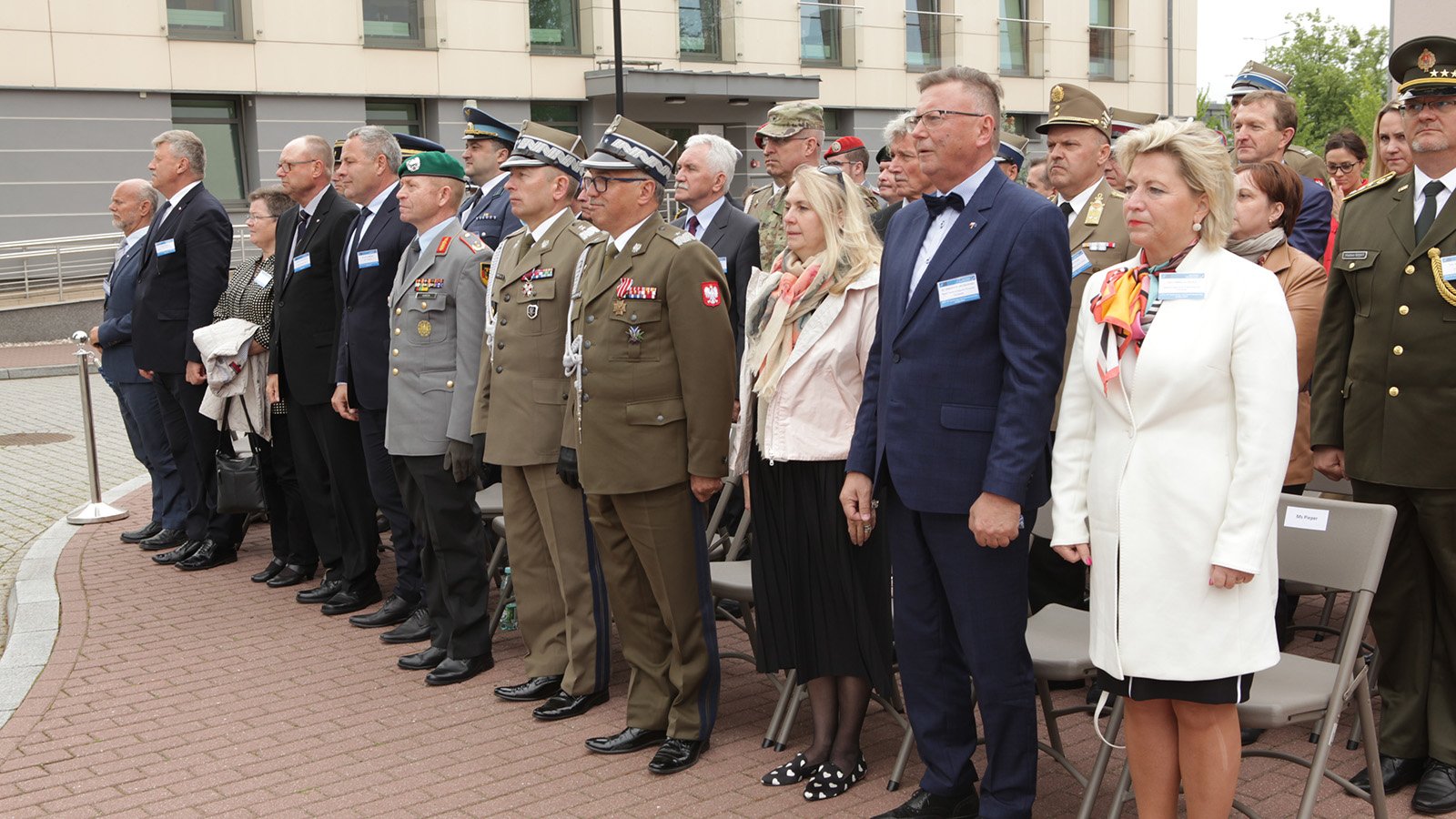 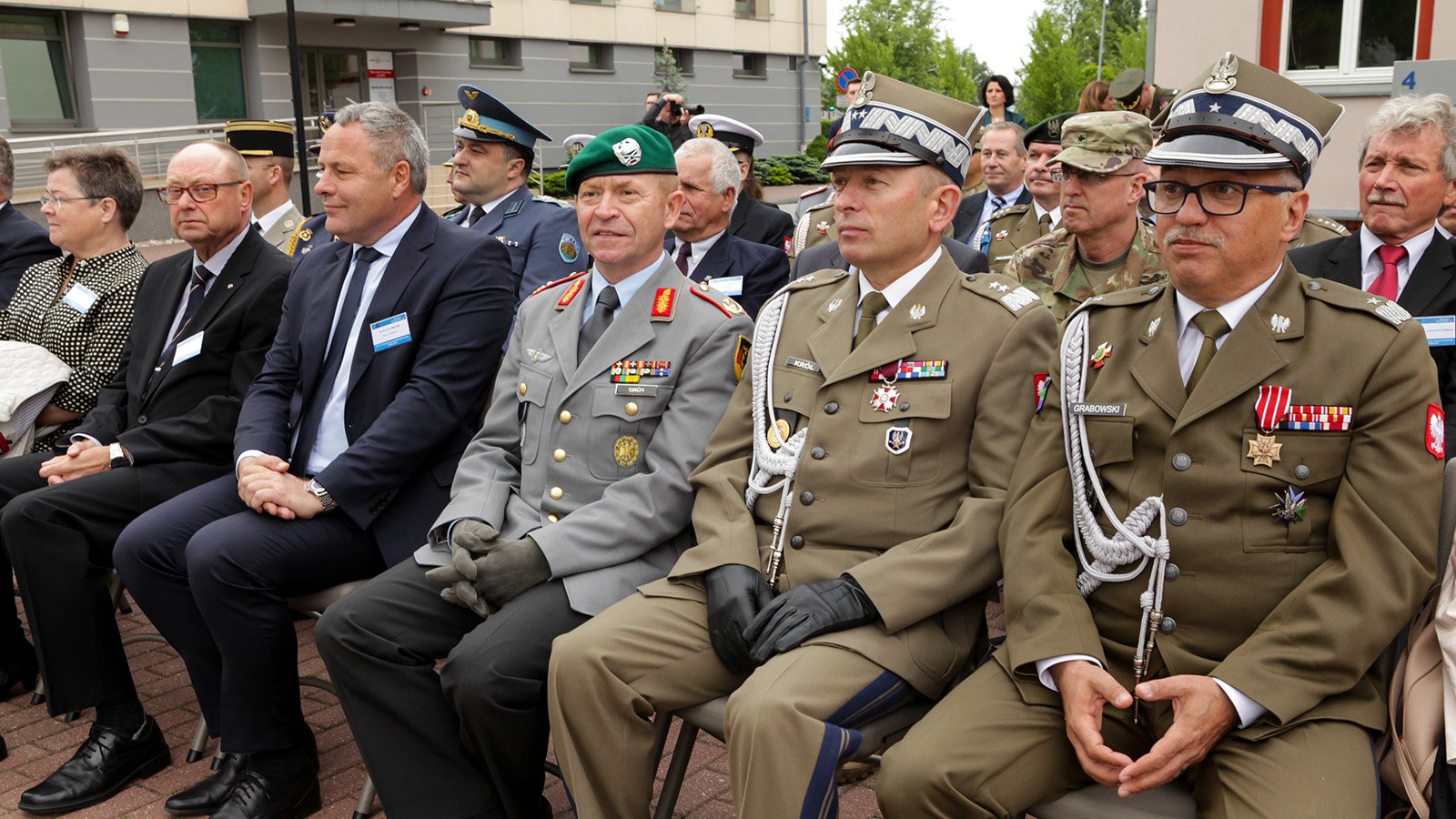 “The real history of the Joint Force Training Centre started in November of 2002, when NATO Heads of State and Government at the Prague summit opened a new chapter in the Alliance’s history (...) The Joint Force Training Centre came into being from the new Allied Command Transformation located in Norfolk, Virginia, aside of our two sister organisations, the Joint Warfare Centre in Stavanger, Norway, and the Joint Analysis and Lessons Learned Centre in Lisbon, Portugal.” – General Grün reminded at the beginning of his speech devoted to JFTC’s history and its current role within NATO.

The Commander underlined that throughout the past 15 years, marked with changes in Centre’s tasks, structure and facilities it operated in, JFTC has built up a strong reputation in NATO’s training and exercise environment: “The Joint Force Training Centre has excelled and that only worked through the determined commitment of all involved, though admittedly with a good portion of improvising and permanently developing innovative and new ideas.”

Major General (ret.) Ib Johannes Bager, a former JFTC Commander who moved the Centre from the previous location to its current state-of-the art-facility, and who joined the 15th anniversary celebrations, also touched upon the JFTC history and congratulated the Centre on its remarkable development.

To learn more about JFTC history, check the 12th edition of JFTC’s Transformation Through Training magazine. 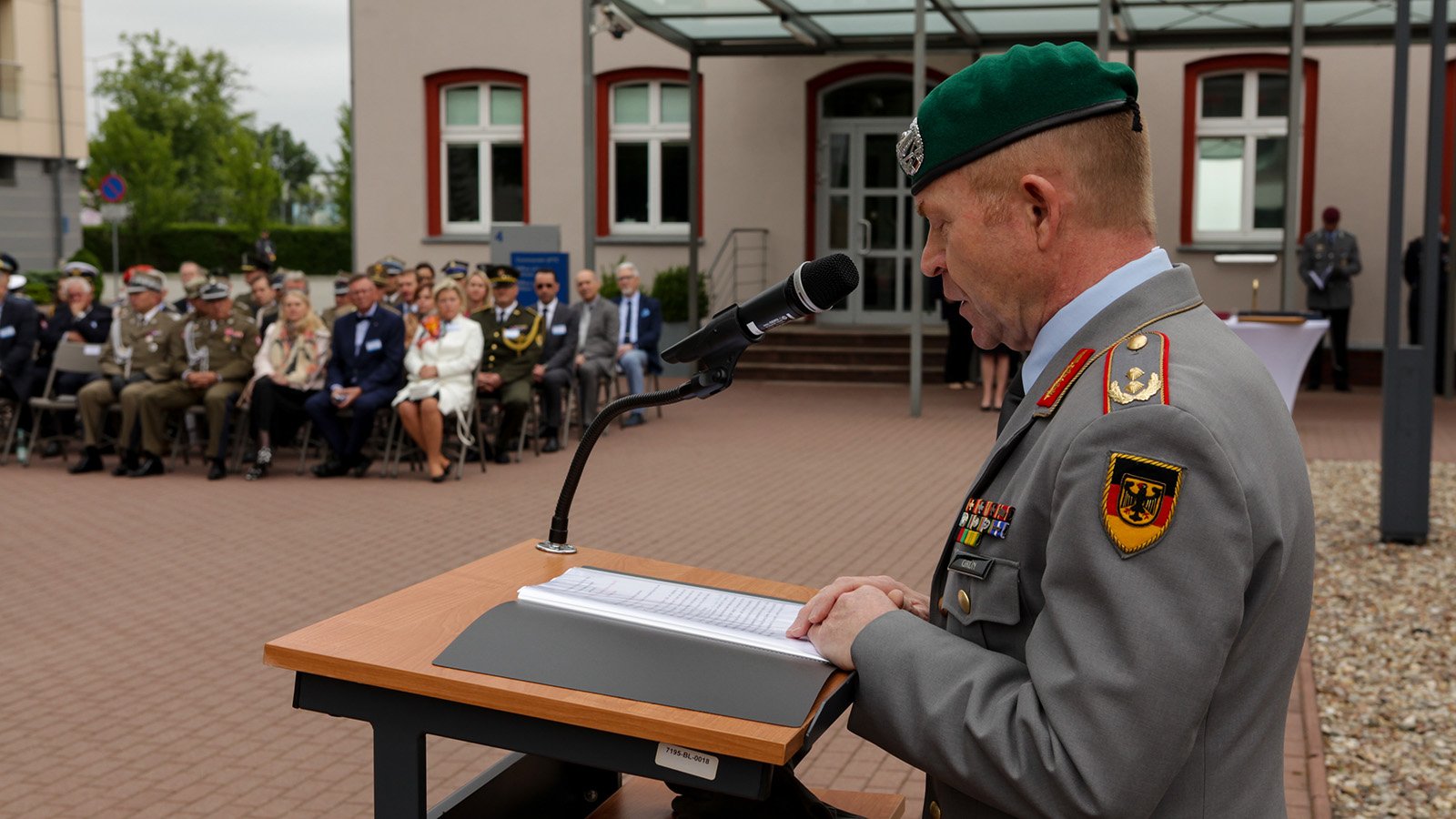 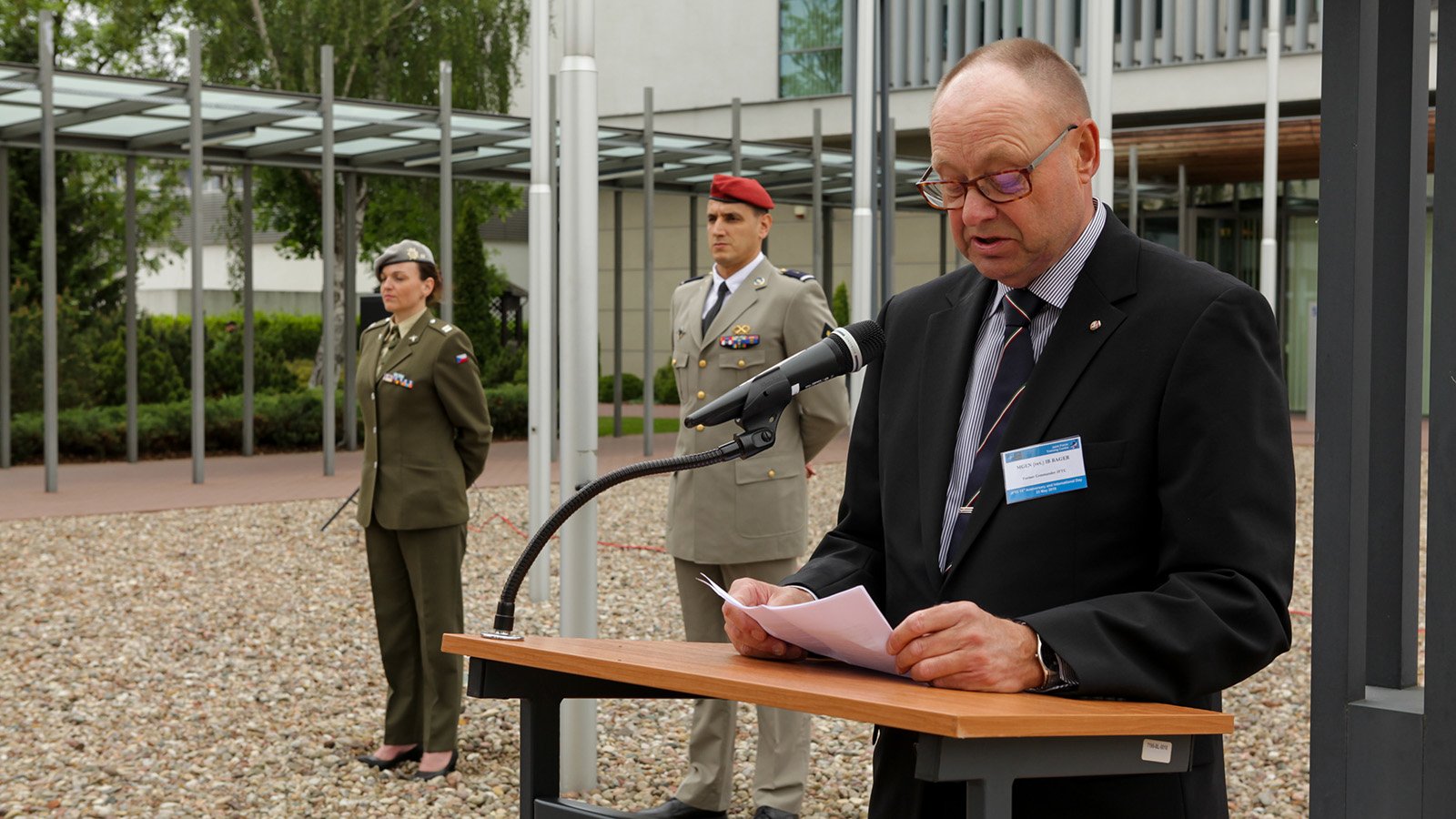 Support of the Host Nation, regional and local leadership

In his address General Grün underlined significant growth and development of JFTC over the years and highlighted the strong position of the Centre which had become NATO’s focal point of pre-deployment training, a key venue for exercising operational level headquarters and a modern platform for experimentation and innovation. All that would not have been possible without the Host Nation Poland, regional and local community who made their contribution to the Centre’s success. “The support, the Joint Force Training Centre has received from the very first beginning till today, has been marvellous and has never ceased. From my experience in different other NATO nations, I can state from the bottom of my heart, this is second to none. Let me express my sincere thanks in the name of all JFTC members” – JFTC Commander addressed representatives of the Host Nation, regional and local leadership, to include Mr. Rafał Bruski, Mayor of Bydgoszcz, Major General Krzysztof Król, Deputy Chief of General Staff of the Polish Armed Forces, Mr. Józef Ramlau, Deputy Voivode of Kujawsko-Pomorskie Region, and Mr. Zbigniew Ostrowski, Deputy Marshal of Kujawsko-Pomorskie Region, who attended the ceremony.

Together with numerous congratulation letters, the Joint Force Training Centre received occasional presents for its 15th anniversary. The Mayor of Bydgoszcz handed over a souvenir sculpture presenting Bydgoszcz Granaries and Zaułek Street, the Deputy Voivode presented JFTC Commander with a congratulations plaque and the Marshal, represented by his Deputy, awarded the Centre with the Unitas Durat Palatinatus Cuiaviano-Pomeraniensis medal. Additionally, Lieutenant Colonel Giorgi Dumbadze, Commander of the NATO-Georgia Joint Training and Evaluation Centre, provided the JFTC Commander with a Georgian Qvevri - a traditional clay amphora used in wine making process – with the following inscription engraved: “For professional mentorship, exceptional partnership and outstanding friendship”.

The ceremony was also an opportunity to recognize some of JFTC key members for their outstanding service. Brigadier General Ladislav Jung, the Centre’s Deputy Commander and Chief of Staff was awarded the Polish Army Gold Medal and Colonel Raphael Guillaumin and Colonel Robert Różyński received Bundeswehr Silver Crosses of Honour.

Background music to the military ceremony was performed by the Bydgoszcz Military Orchestra. Its conductor, Major Dominik Sierzputowski, was recognized by the JFTC Commander for long-lasting and fruitful cooperation. 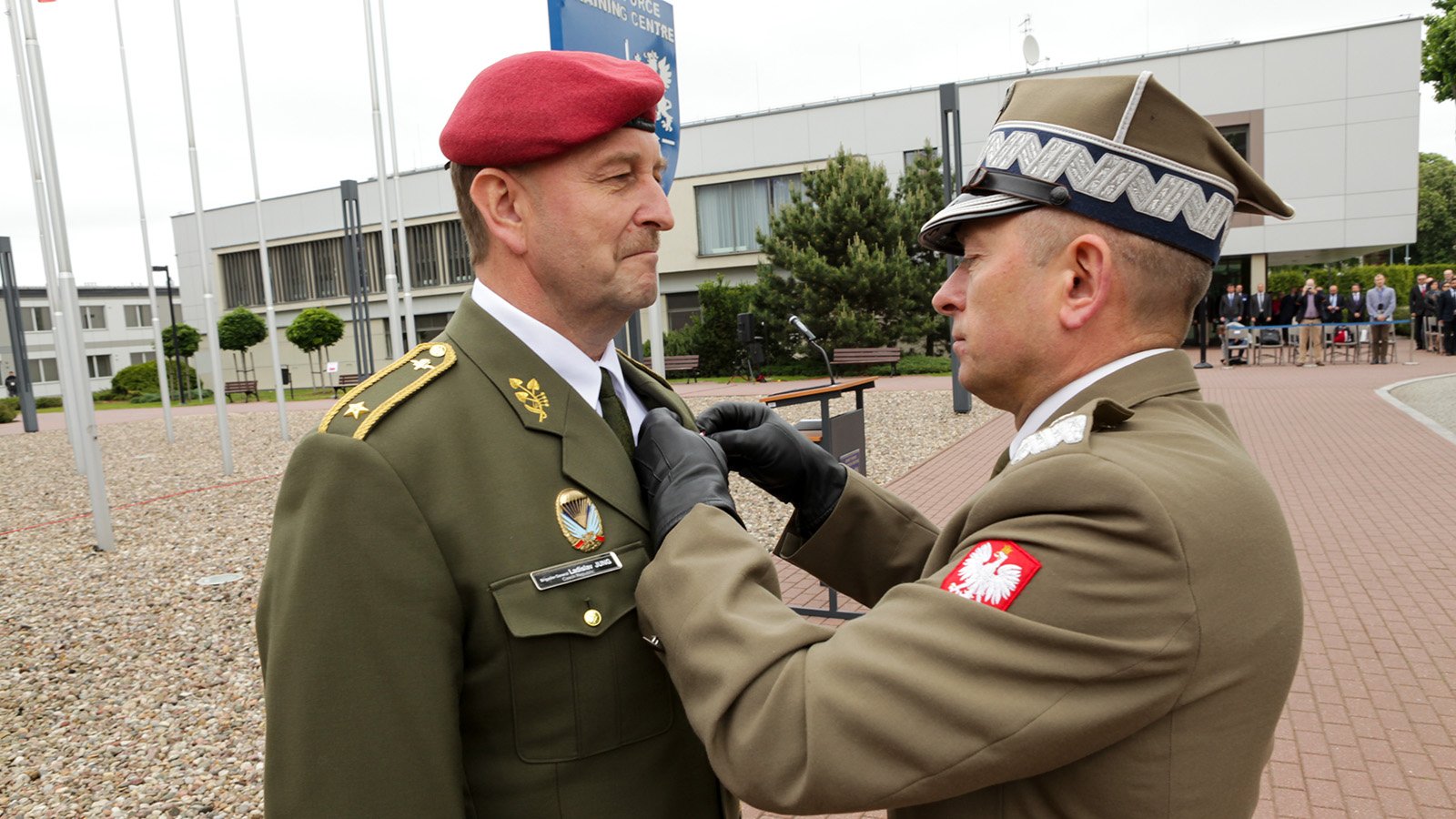 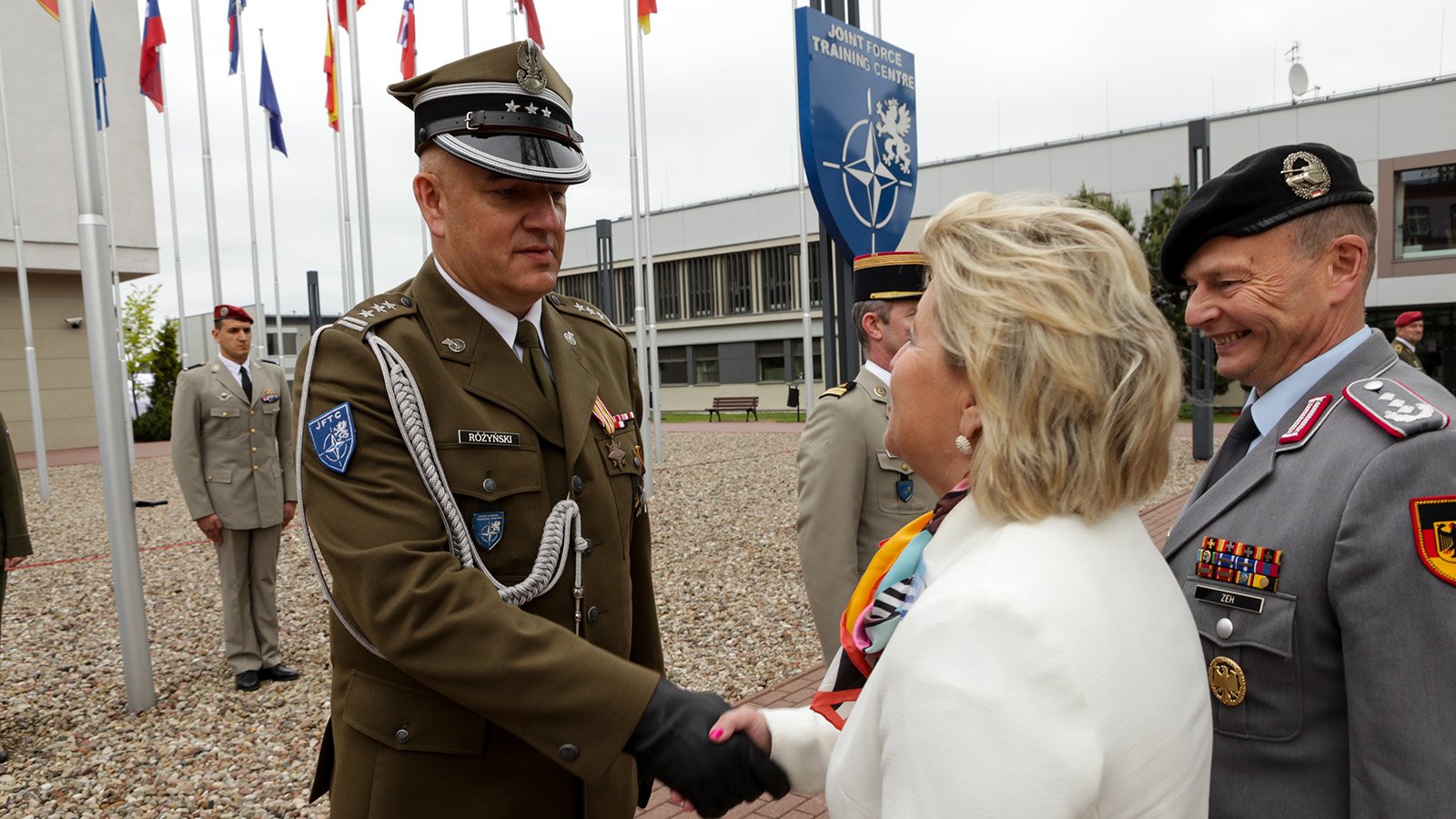 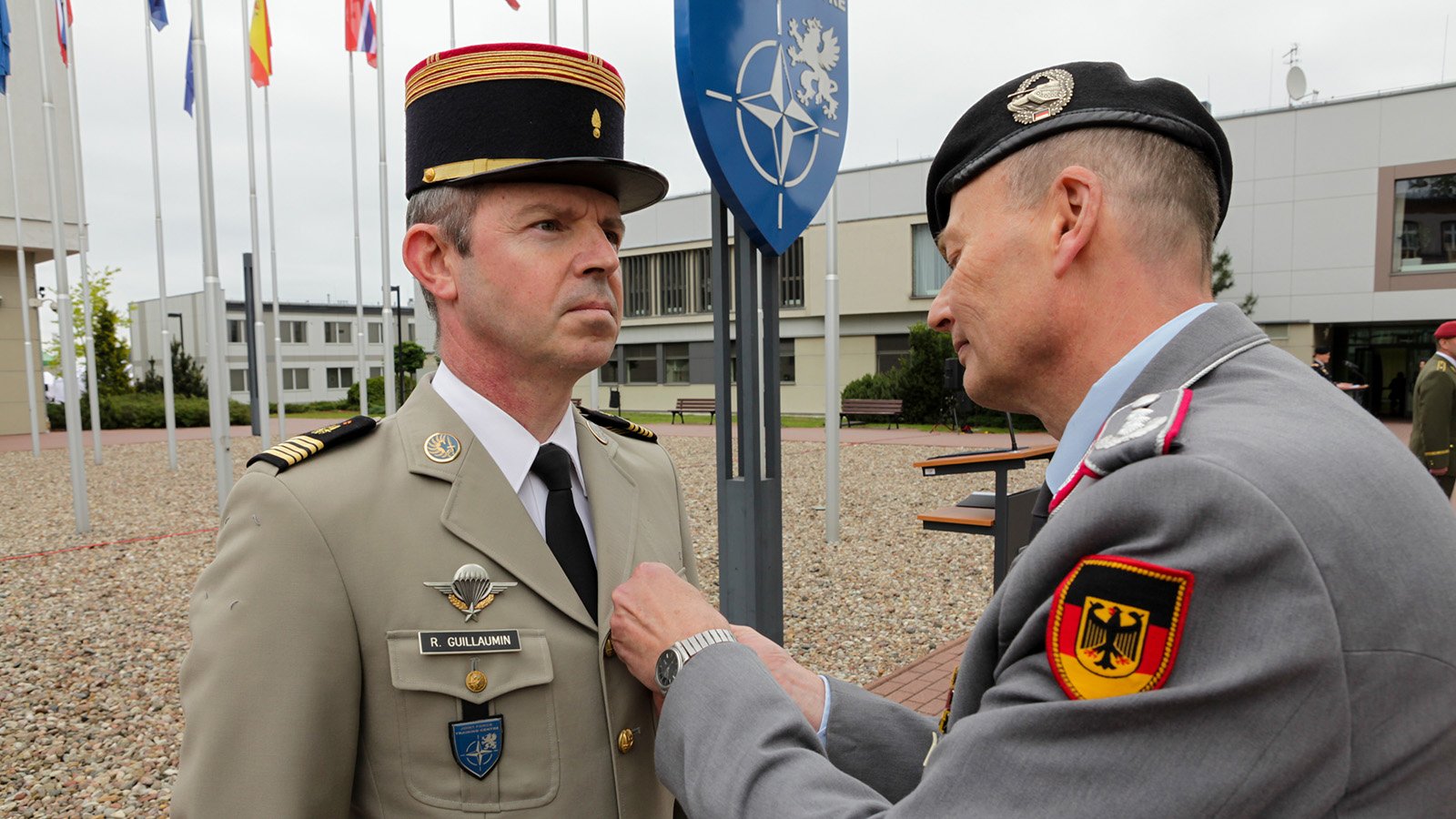 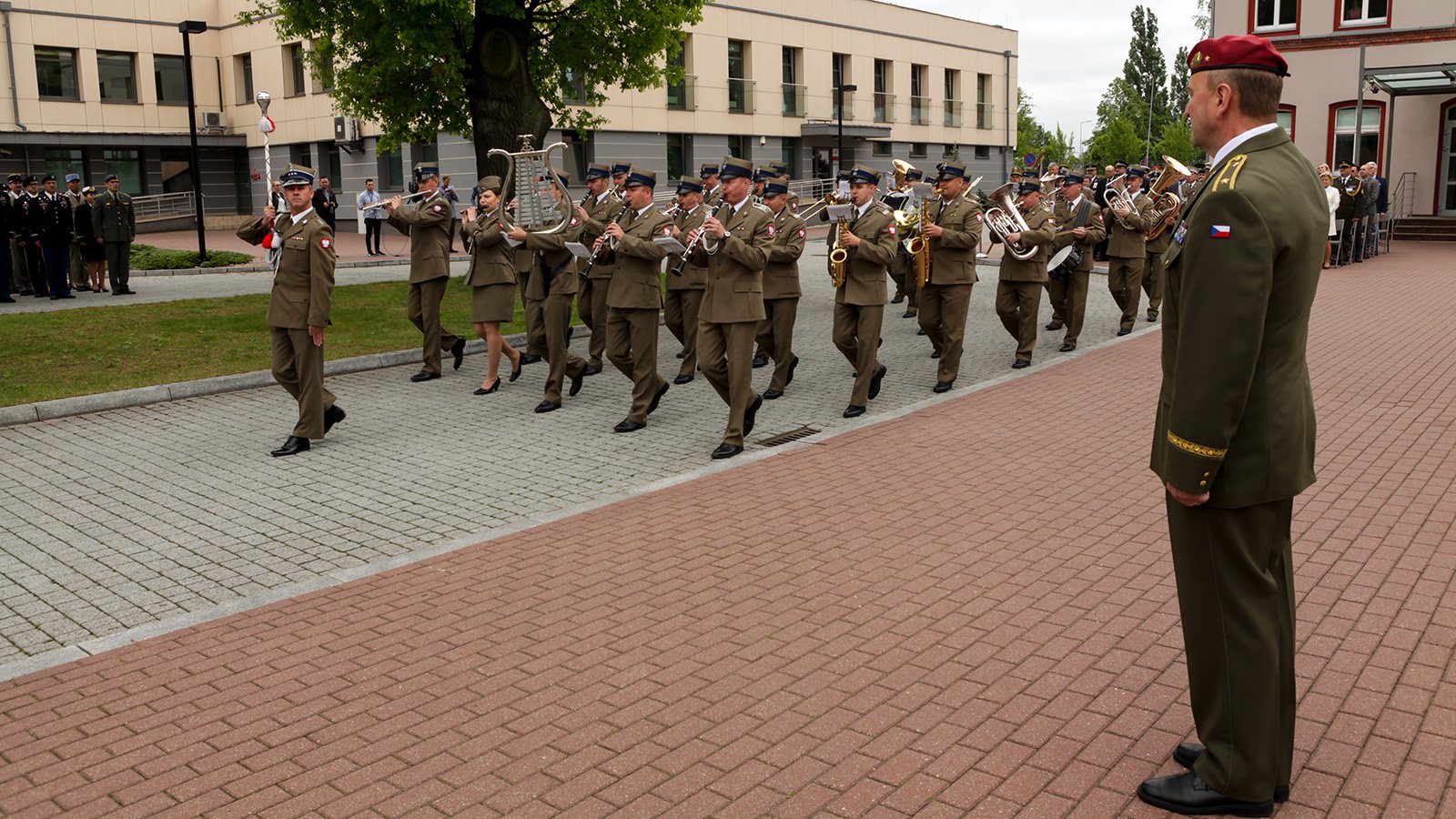 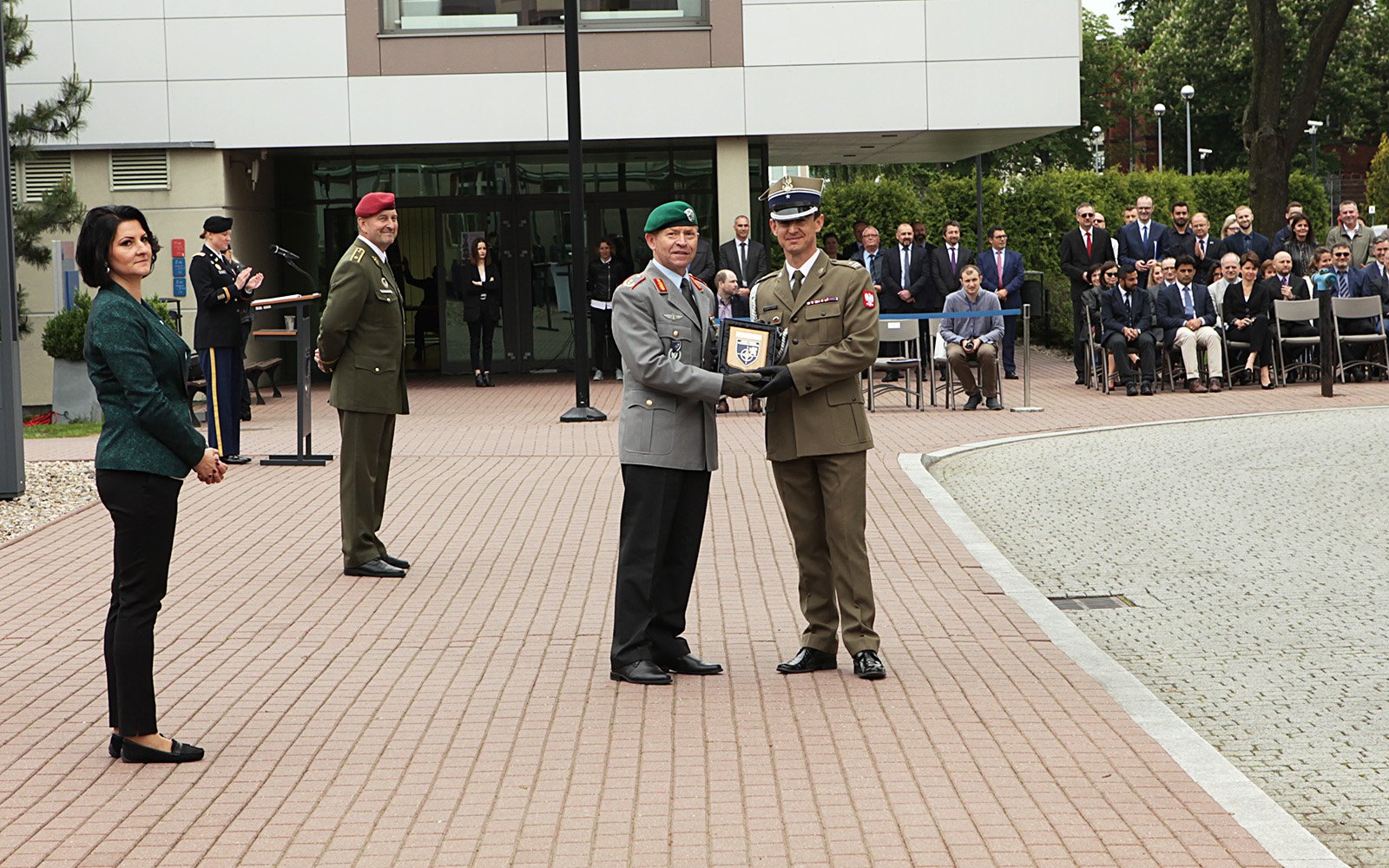 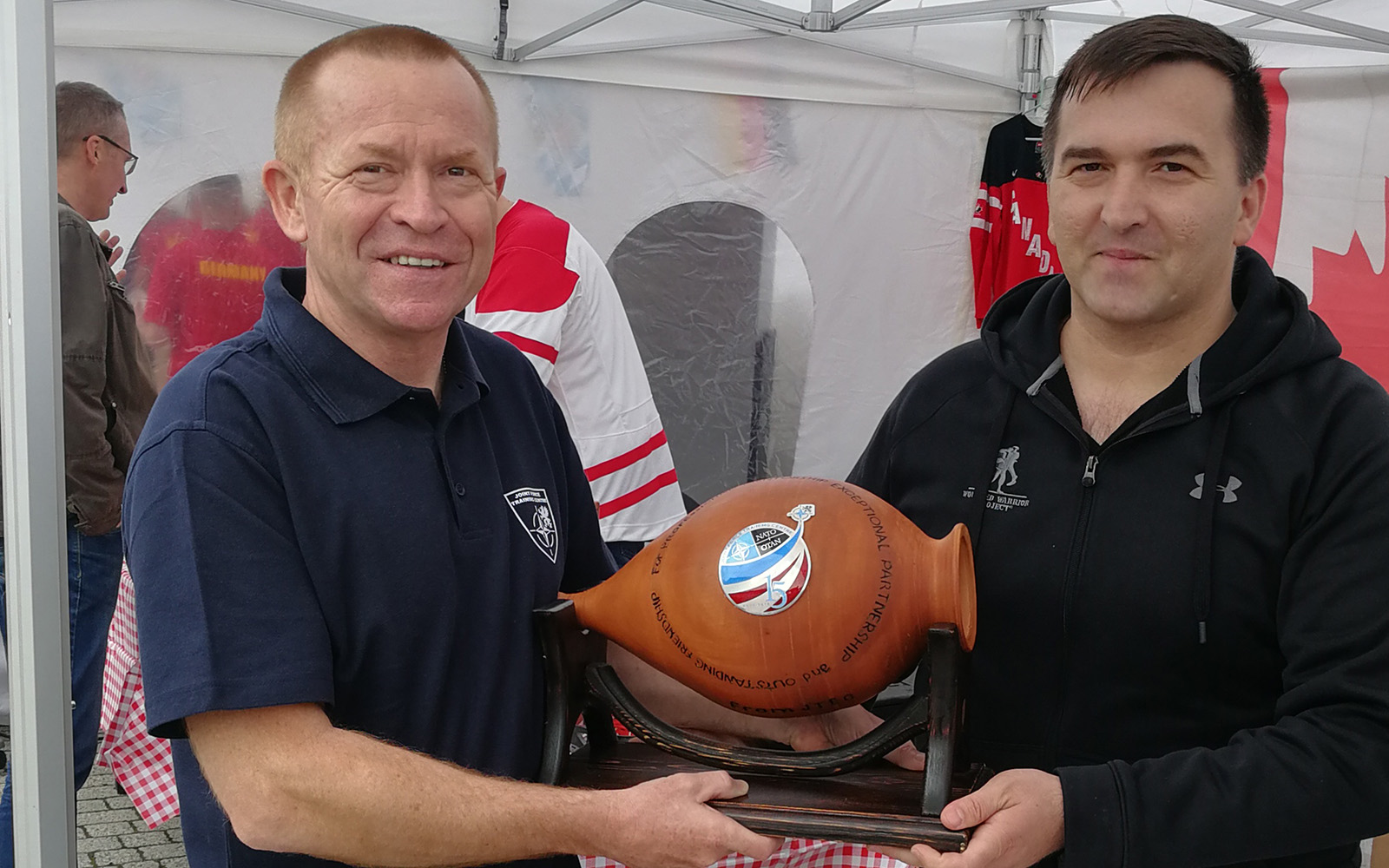