NATO-Georgia Exercise 2019 Kicked Off in Krtsanisi 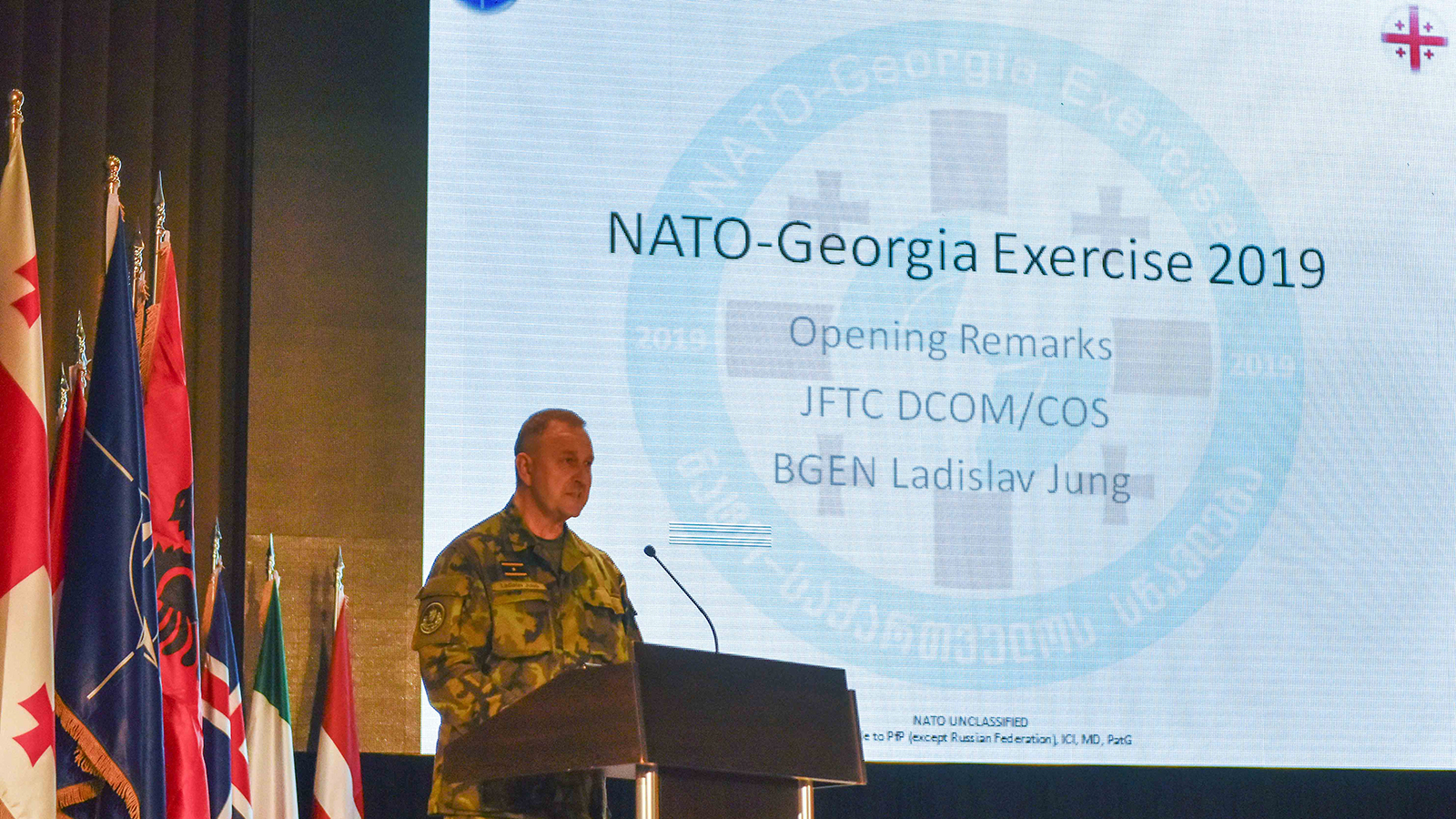 The Joint Force Training Centre (JFTC) deployed its mentor team to Georgia to support the landmark NATO-Georgia Exercise 2019. The event was officially opened on 18 March by the Georgian Deputy Defense Minister, Lela Chikovani, and Brigadier General Ladislav Jung, the JFTC Deputy Commander and Chief of Staff. It is held at the NATO-Georgia Joint Training and Evaluation Centre (JTEC) in Krtsanisi, near Tbilisi.

The exercise is a part of a standard Alliance peace time activity with Partner nations in the region, aimed at enhancing mutual knowledge and armed forces coordination. It marks another step in long-standing NATO-Georgia military cooperation and reflects the mutual commitment to strong defence, interoperability and shared approaches to international security.

The NATO-Georgia is a scenario-based, computer assisted/command post exercise. It was designed to train a Georgia-led multinational brigade headquarters staff to plan, coordinate and execute military responses to humanitarian crises. It is also testing the interoperability of Georgian, Allied and Partner Forces, as well as Georgian command and control capabilities.

This brigade-level exercise is scheduled by NATO Allied Command Transformation, conducted by the Georgian General Staff with the mentoring of NATO Land Command, and directed by the NATO-Georgia Joint-Training and Evaluation Centre mentored by NATO Joint Force Training Centre.

The 2019 event is an important exercise for Georgia and a significant milestone in strengthening NATO-Georgia military-political cooperation. This is the second exercise of this type held in Georgia through the framework of the Substantial NATO-Georgia Package but the first one in which Georgian General Staff is leading a multinational crisis response exercise. The event involves 350 military personnel from 24 Allies, Partners and several NATO command headquarters and affiliated centers.