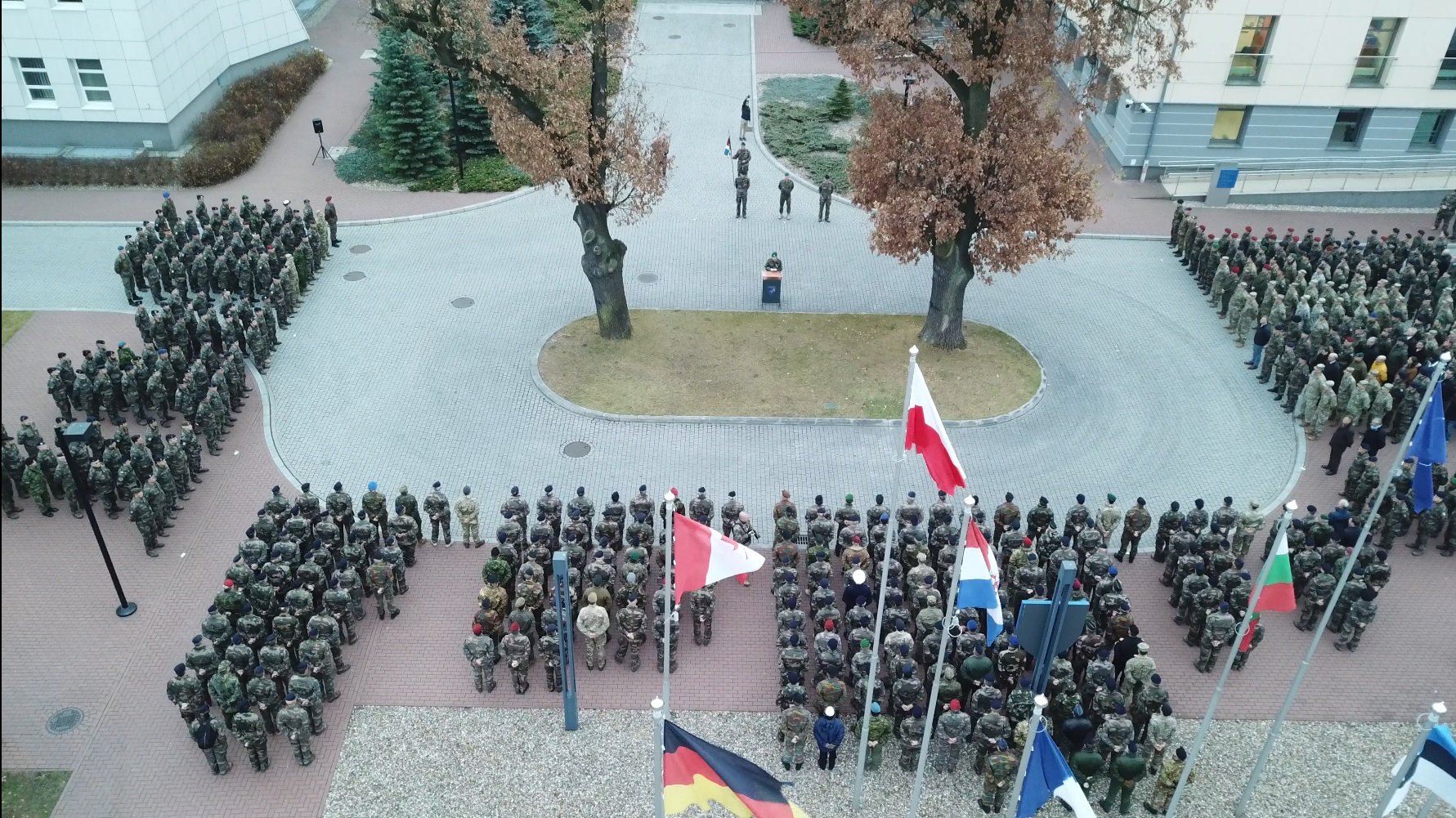 For the fourth year in a row, close to 650 members from the Rapid Reaction Corps-France converged onto the Joint Force Training Centre to exercise their operational capabilities. The multinational headquarters from Lille, France, conducts battle staff training and a command post exercise in Bydgoszcz. Exercise CITADEL BONUS 2018 was officially opened on 26 November by Lieutenant General Laurent Kolodziej, the Rapid Reaction Corps-France Commander, and Major General Wilhelm Grün, the Commander of the Joint Force Training Centre.

The 3rd French Division Headquarters remained in Marseille, France, to participate in the exercise with 250. Altogether, 17 different nationalities are represented during Citadel Bonus 2018.

Rapid Reaction Corps-France’s members train on a scenario, filled with fictitious yet very realistic incidents that can be encountered in current theatres of operations – such as Operation BARKHANE in Africa where a group of the Corps’ members will be deployed in 2019. This will prepare the Headquarters for various high-intensity engagements. The exercise also creates an opportunity for military personnel who recently joined Rapid Reaction Corps-France to fully integrate into the Headquarters.

Additionally, CITADEL BONUS 2018 prepares the 3rd French Division for CITADEL GUIBERT 2019, a training and evaluation exercise which will take place in Mourmelon, France, in March 2019. During that exercise, the division must plan and conduct a crisis response operation.

Finally, the exercise also focuses on international interoperability - with an American and a British brigades exercising under France’s 3rd Division command and a French brigade training under the US’s 1st Infantry Division command.

The Joint Force Training Centre has hosted Citadel Bonus exercises since 2015. Throughout those years the Centre provided professional support to the participants and to the success of the exercises, proving it to be a key venue for NATO Command Structure/ NATO Force Structure exercises. This year, the Centre additionally provides a team of subject matter experts who observe the exercise and advise the training audience in seven functional areas.

The Rapid Reaction Corps-France was established on 1 July 2005. It is a NATO-certified unit capable of commanding national or multinational land components. Its mission is to provide France with a rapidly deployable headquarters that can be employed within the full mission spectrum and under several mandates (French, NATO, EU, Coalition or Partner Nation).