The NATO Capital of Poland celebrates the 2nd NATO Day 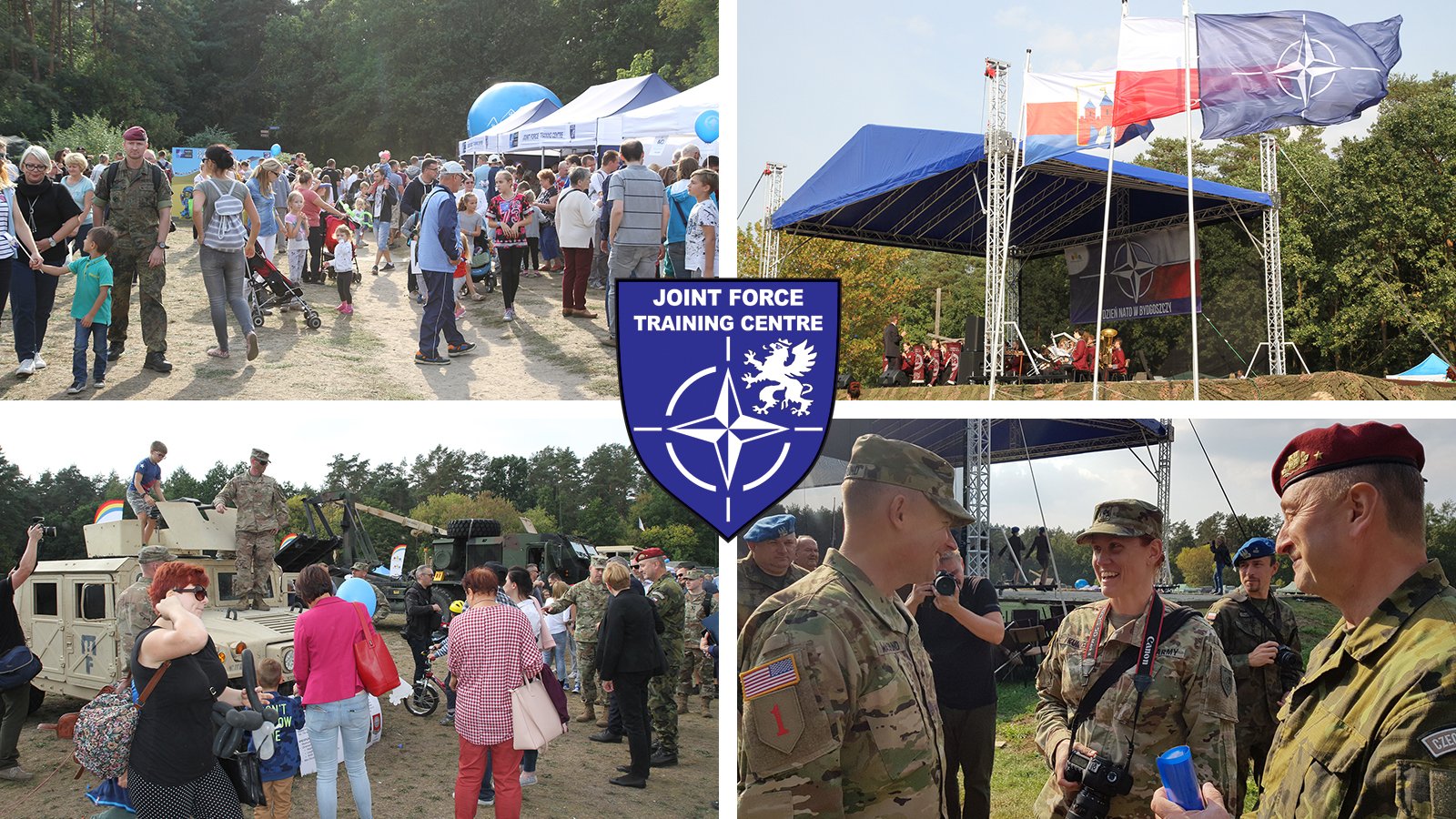 For the second year in a row, the City of Bydgoszcz together with the Joint Force Training Centre (JFTC), all other NATO units based in Bydgoszcz and Polish Armed Forces invited local residents to explore NATO during an open air event – this time in Myślęcinek Park. The 2018 NATO Day in Bydgoszcz gathered thousands of people. They took the opportunity to learn more about the Alliance and to spend an enjoyable day among the Bydgoszcz NATO family.

“On behalf of the whole NATO community, together with the heads of all NATO units based in Bydgoszcz, we would like to start with a big ‘thank you’ for your great support and fantastic atmosphere all NATO soldiers experience in Bydgoszcz” – Brigadier General Ladislav Jung, the JFTC Deputy Commander and Chief of Staff, addressed citizens of Bydgoszcz during the opening ceremony. “All NATO units based in Bydgoszcz are at the heart of enhancing NATO’s ability to defend the Alliance and to assure freedom and security to its citizens. Please, remember, that giving us home and your support, you are a part of this important effort, too.”

Also Mr. Rafał Bruski, the Mayor of Bydgoszcz, highlighted the importance of NATO’s significant presence in the city: “Bydgoszcz is the NATO capital of Poland. Five NATO units are located in our town. (...) Soldiers from all the allied armed forces arrive here to work and to train. When they leave the city, they take a piece of Bydgoszcz in their hearts.”

The 2018 NATO Day in Bydgoszcz was filled with various military attractions. Presentations of NATO units located in Bydgoszcz, numerous competitions, as well as static and dynamic displays of military equipment, including vehicles presented by American troops from Mission Command Element for Operation Atlantic Resolve led by their deputy commander, Brigadier General Todd Wasmund, drew attention of the citizens of Bydgoszcz and helped them to better understand the mission of the Alliance. Music performances and concerts, playground zones for children, service dogs’ show and famous Polish traditional army-style pea soup completed the day, so even the youngest participants were satisfied.

The NATO Day was also a good opportunity to recognize winners of the 10th NATO Knowledge Competition for primary schools of Bydgoszcz. JFTC has been a patron of the competition since its very beginning, therefore General Jung, together with the Mayor and Mrs. Hanna Rauchfleisch, the Principal of the Primary School No 38, awarded the best participants in front of all NATO Day’s participants.

Following a good tradition established last year, JFTC invited the citizens of Bydgoszcz to verify their knowledge about NATO. Games and puzzles available at the JFTC tent attracted hundreds of people who took up the challenge to check what they really knew about the Alliance. Small souvenirs they all received as tokens of appreciation for their efforts and photos taken with JFTC photo wall will certainly keep nice memories of the day alive.

Thank you for joining us and see you next year!